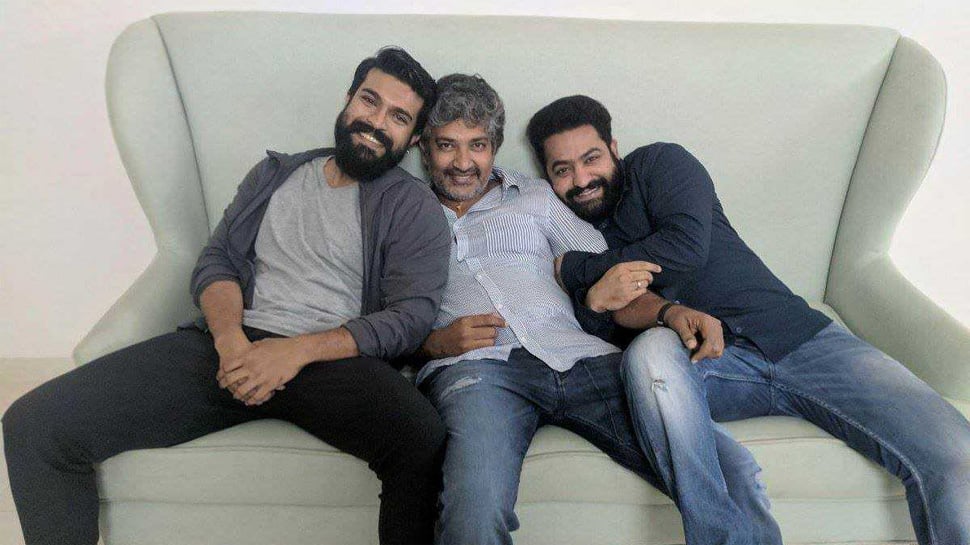 #RRR has been in the news since the minute it was announced. The first schedule took place in December. The shooting of this Rajamouli directorial is in its second schedule and actors Ram Charan and Jr NTR are putting in all their efforts to give their best to this multi-starrer. The film is being bankrolled by producer DVV Danayya under DVV Entertainments. #RRR is the tentative title of this film.

As per the latest reports, almost 50 per cent of the shoot of the film will be shot in huge sets which have been erected at Aluminium Factory, Nanakramguda. A high octane fight sequence is being shot at Ramoji Film City and the team is busy with it.

It is said that Charan will be essaying the role of a cop in this film and approximately, a thousand junior artistes are being recruited to play fighters in this film and this is what the grapevine says. While the details about the cast and the rest are still kept under wraps, it is confirmed that Tamil actor Samuthirakhani is playing a key role in the film.

Set in the era of Independence, #RRR will feature Jr NTR as a bandit. Speculations have been rife that Alia Bhatt and Parineeti Chopra are rumoured to be playing the leading ladies of the films. If that happens, it will mark their debut in the Telugu films. As of today, the budget of the film is Rs 300 crore and there will be a lot of computer graphics work that will need a lot of amount to be splurged. The film is expected to release next year.