Suriya’s NGK to be an action-packed political drama

The trailer is full of action with high voltage action scenes and bloodshed all over. 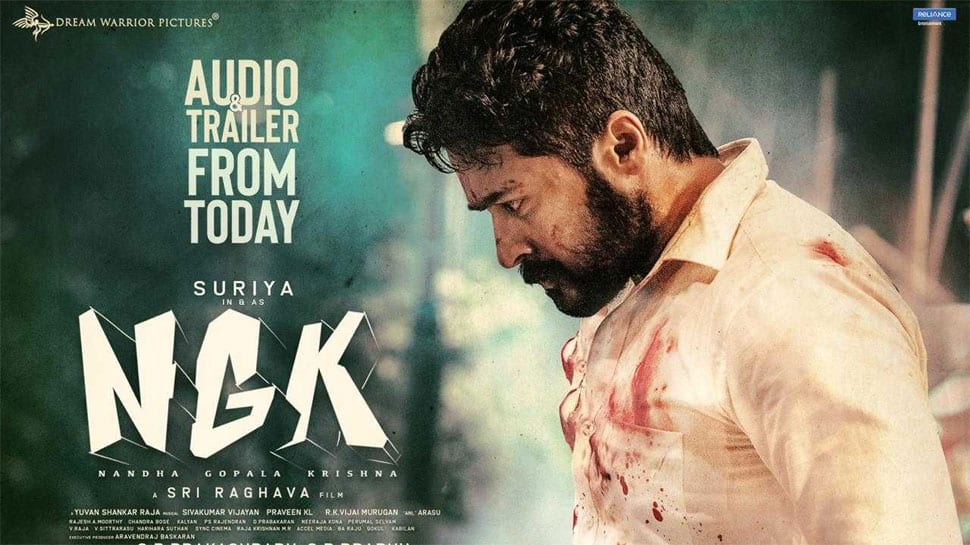 Tamil and Telugu trailers of Nanda Gopala Krishna (NGK) were unveiled on Monday and as expected, it is an action-packed one. Starring Suriya Shivakumar, Sai Pallavi and Rakul Preet Singh in lead roles, the film is a political drama that talks about the current political scenario and how it impacts the life of a common man.

Sai Pallavi is playing NGK’s wife and Rakul Preet Singh is said to be a police officer. Both of them have some strong roles to play in this film.

The trailer is full of action with high voltage action scenes and bloodshed all over. The trailer gives us a glimpse of the film and it is going to be completely different to other and previous film of Selvaraghavan.

The film is shot in the rural setting of Chennai and is more about the educated and literate youngsters of Chennai, who want to bring a change in the political system in the State, as well as the country.

Suriya looks pretty young and energetic as NGK he sports a rugged look in this film. The audio of the film is also released and Yuvan Shankar Raja has given some really good music and background score. The bgm in the trailer is just awesome and suits very well with the action drama.

Cinematography is done by Sivakumar Vijayan and Praveen KL is the editor. Jointly produced by SR Prakashbabu and SR Prabhu under Dream Warrior Pictures banner, the film is all set to hit the theatres on May 31, 2019.