Directed by Arjun Jandhyala, the film is produced by Anil Kadiyala and Thirumal Reddy under Sprint Films and Gnapika Entertainments

Karthikeya Gummakonda’s upcoming film Guna 369's first look has been revealed and the talented actor looks pretty classy in it. Directed by Arjun Jandhyala, the film is produced by Anil Kadiyala and Thirumal Reddy under Sprint Films and Gnapika Entertainments joint venture. 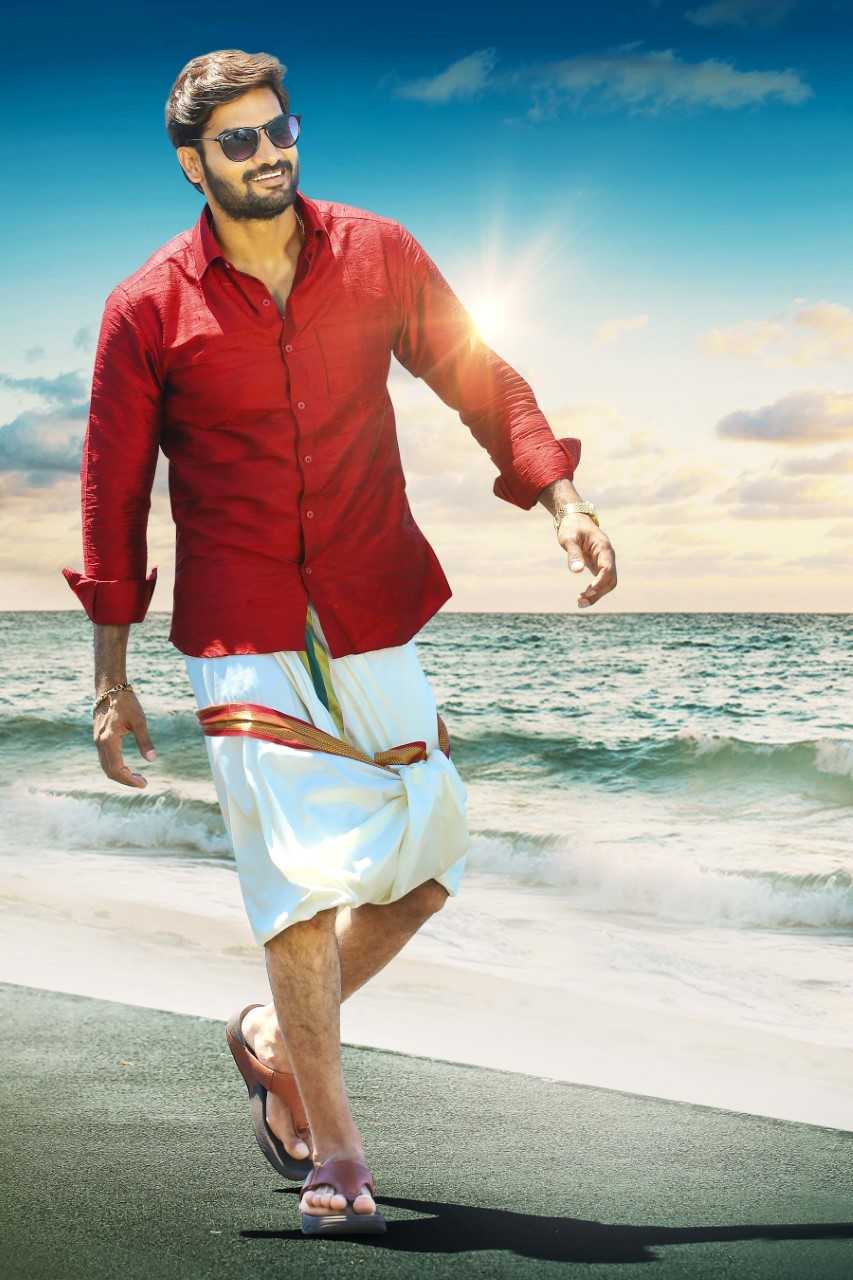 The team, on release of the first look, organised a press meet and on the occasion the director said, "With an extensive schedule that was recently shot in Ongole, we wrapped up the entire shoot and the post-production work is going on at a brisk mode. We are coming up with a different and new story that surely fulfills the concern everyone had for witnessing new Telugu stories comparing with other languages. Many wished and applauded for the first look that’s been released today in calls and messages. I’m very much excited and happy about the positive vibes that are growing around the movie, so far."

Producers Anil Kadayala and Tirumal Reddy say "We have done a huge schedule in Ongole. On the other hand, post-production works are in the final stages and we are very much satisfied with the output. The songs with Chaitanya Bharadwaj’s music are going to be instant chartbusters. Karthikeya will be seen in a completely new look whereas the early released Panchekattu look says it all. The role of Karthikeya in Guna 369 is very different from the rugged intense character in `RX100` and he has outperformed in this movie as an actor to make the movie a milestone in his career. Our movie will entertain everyone and so we are very happy to be producing our first film so well with the best technicians in the industry at work."