The first look of Dorasani, a film which stars Anand Deverakonda, brother of Vijay Deverakonda and Rajasekhar-Jeevitha’s younger daughter Sivathmika, was released recently. It looks really good and raises the expectations of the movie buffs. 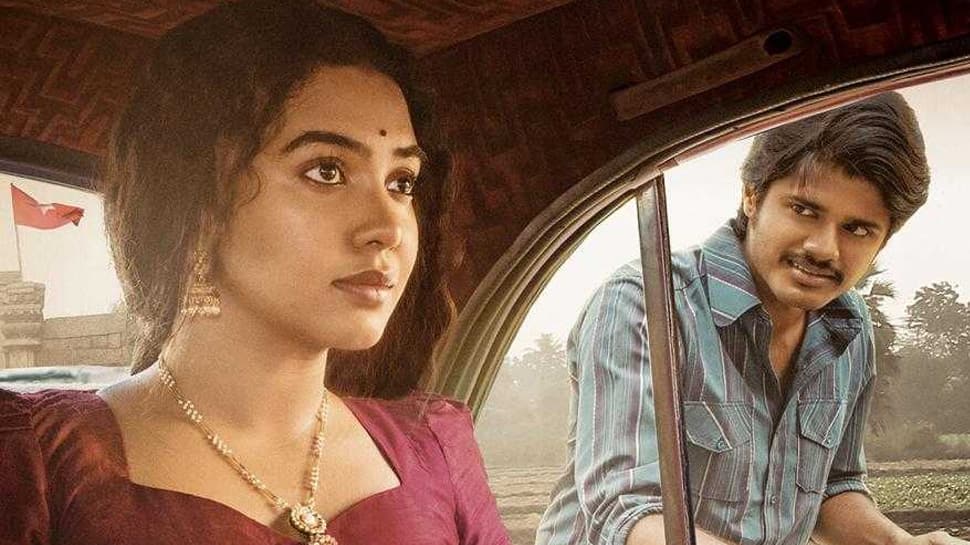 The first look of Dorasani, a film which stars Anand Deverakonda, brother of Vijay Deverakonda and Rajasekhar-Jeevitha’s younger daughter Sivathmika, was released recently. It looks really good and raises the expectations of the movie buffs.

In the first look, we can Sivathmika sitting in a car and one can understand from her attire that she belongs to a rich family. From the corner of the eye, she looks outside the window and there is one guy who is looking into the car, and is curious to get at least a glimpse of that high-class lady. This guy is riding a bicycle and that itself shows the difference between the rich and the poor.

Both the lead actors are making their debut with this film and it is a period romantic drama which is set in the backdrop of Telangana. The film marks the directorial debut of KVR Mahendra.

Mahendra has been in the film industry for the last 17 years. During an interview, he went on to reveal that he took nearly 5 years to complete Dorasani’s script which is based on true events that took place in the 80s. He also said that the film will explore teenage romance amid the social climate of the bygone era.

Dorasani is produced by Yash Rangineni and Madhura Sreedhar. Suresh Babu is presenting the film. Prasanth R Vihari has composed the film’s soundtrack.

Details about the release date will be unveiled soon, while the teaser will hit the screen on June 6.

Teaser of Saaho likely to release on June 5