Telugu remake of ABCD to release on May 17

The film was expected to release sometime back. 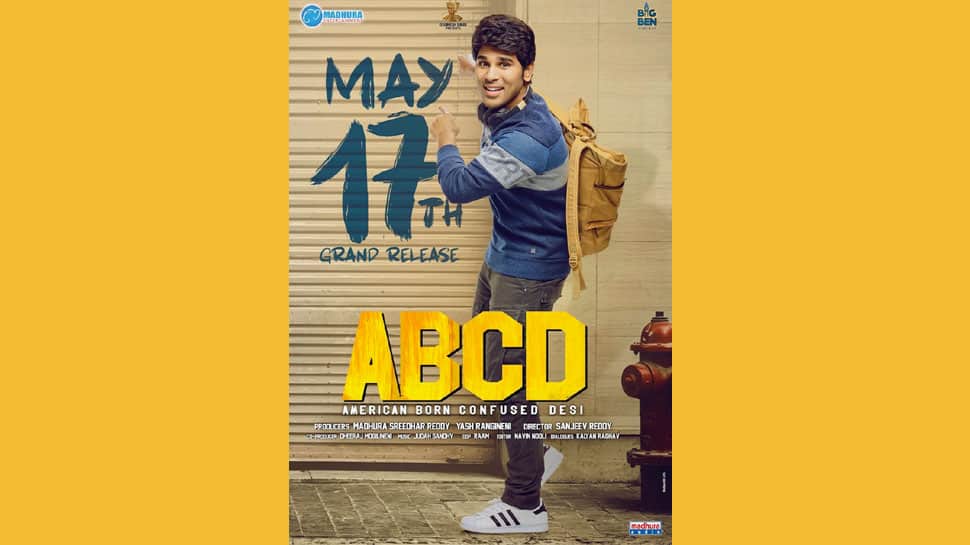 Finally, Allu Sirish’s upcoming film American Born Confused Desi (ABCD) has got a release date. The film is all set to hit the screens on May 17 and actor Sirish himself took to Twitter to shares the news.

He wrote, “Please mark the date on your calendar. ABCD - American Born Confused Desi arrives on the 17th May 2019. Trailer will be out soon. See you soon at cinemas!” (sic)

Directed by Sanjeev Reddy, the film is an official remake of a Malayalam film with the same title. The film has Rukshar Dhillon as the leading lady. She became popular for her role in Krishnarjuna Yudhham.

The film was expected to release sometime back. Earlier, the makers of the film released the first single Mellaga Mellaga at a grand event where singer Sid Sriram performed for it. The song went viral for its melodious tune and the audience has been waiting since then to have a glimpse of the teaser at least. Well, Sirish tweeted that the trailer will be out very soon, so what else do the fans need?!

Almost after three long years, Sirish is back to big screens with ABCD. His last film was 'Srirasthu Subhamasthu' and it received good feedback from the movie buffs. Sources close to the actor have said that Sirish has taken this short break to make sure that he chooses the right script after a film like 'Srirasthu Subhamasthu'.