The teaser begins with Vennela Kishore and Karthikeya discussing their love stories.

Teaser of Karthikeya Gummakonda, JD Chakravarthy and Digangana Suryavanshi starrer Hippi was unveiled recently by actor Nani and it is going viral for its steaming hot scenes. Directed by TN Krishna and produced by Kalaipuli Thanu, the film is a new age romantic entertainer with some bold and sensible content.

The teaser begins with Vennela Kishore and Karthikeya discussing their love stories, what’s right and what’s wrong and then shows about how Karthikeya fell in love with Divyangana and how the relationship takes a turn due to twists in the story is all about Hippi. 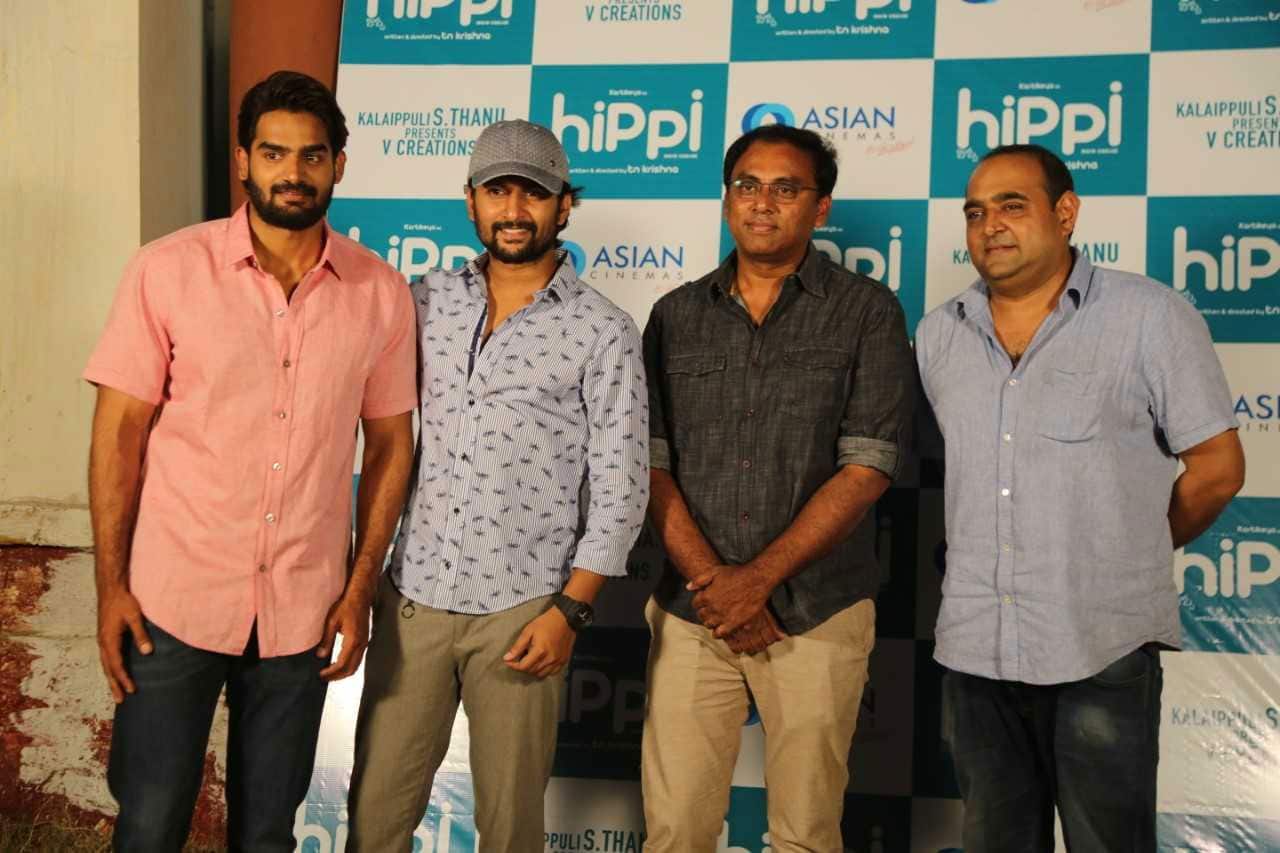 Karthikeya has teamed up with Nani for his upcoming film with Vikram Kumar, which is being produced by Mythri Movie Makers. After releasing the teaser, Nani said, “I feel really happy to be releasing this teaser. I am happy to be unveiling the teaser of this film. Heard a lot of him when RX100 was released and now I am seeing how good he is at acting. The teaser is having all the cool vibes and it is perfect for a summer release. I wish good luck to the team and I am sure it will definitely become a huge success.”

Feeling grateful after what Nani has said about him, Karthikeya said, “I have bagged the chance to work with Naani with Gang Leader. I thought that it would be really great for us if he would release the teaser.

He immediately said ‘yes’ when asked. On days when I was feeling as a stranger from all the actors in the industry, I got the chance to work with Nani and I hope my journey with him continues.”