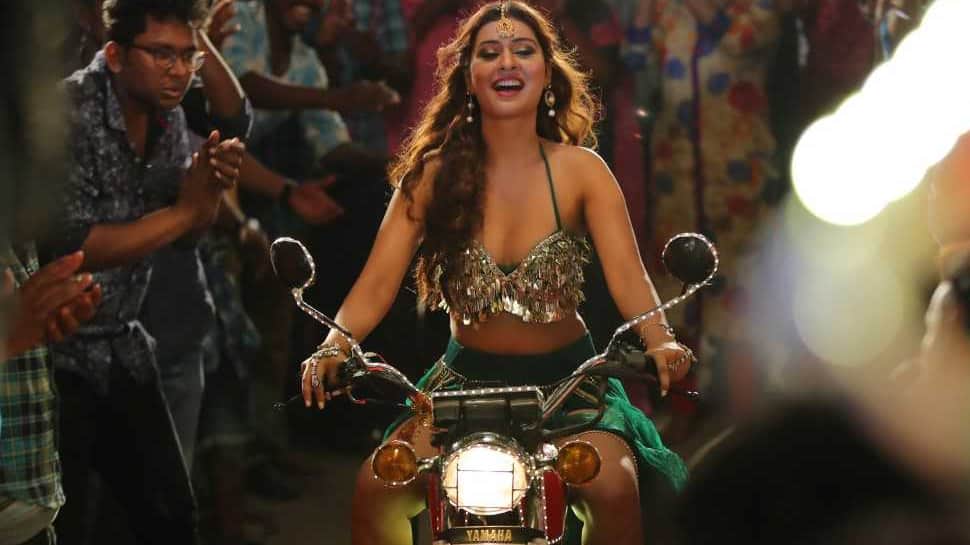 Actor Payal Rajput sizzles in her latest special number 'Bull Reddy', a pucca mass masala song from Sita, a Kajal Aggarwal and Sai Sreenivas Bellamkonda starrer.  The film is directed by Teja and the lyrical video of the song was recently unveiled and the starlet is receiving some really good reviews for the peppy number.

It has been a long time since commercial Telugu films have had a special song.

Payal's solo glamorous appearance will be the major highlight of the song which will be a treat for masses. This peppy item number comes at a crucial time in the film. Music lovers are going gaga over Payal and the song too.

Payal Rajput has become a sensation with her Telugu debut film Rx 100. She was appreciated for the bold role she has played. She has now been roped in to play the leading lady in director Bobby’s 'Venky Mama' and also in Ravi Teja starrer 'Disco Raja'.

RX 100 has bought many offers to Payal and she is making the utmost use of them.

Sita also has Sonu Sood and Mannara Chopra in the lead roles. The film's teaser gained immense response and it has clocked 2.5 million views already. Sita is carrying huge expectations and all the deals have been closed by the makers recently.

AK Entertainments bankrolled the project that releases on April 25th across the globe.

The film also has Tanikella Bharani, Abhinav Gomatam, Abhimanyu Singh and others in supporting roles.

Kajal Aggarwal likely to team up with Gopichand for Telugu film