'Thalapathy 65' is Vijay's 65th film. It will be directed by Nelson Dilipkumar. 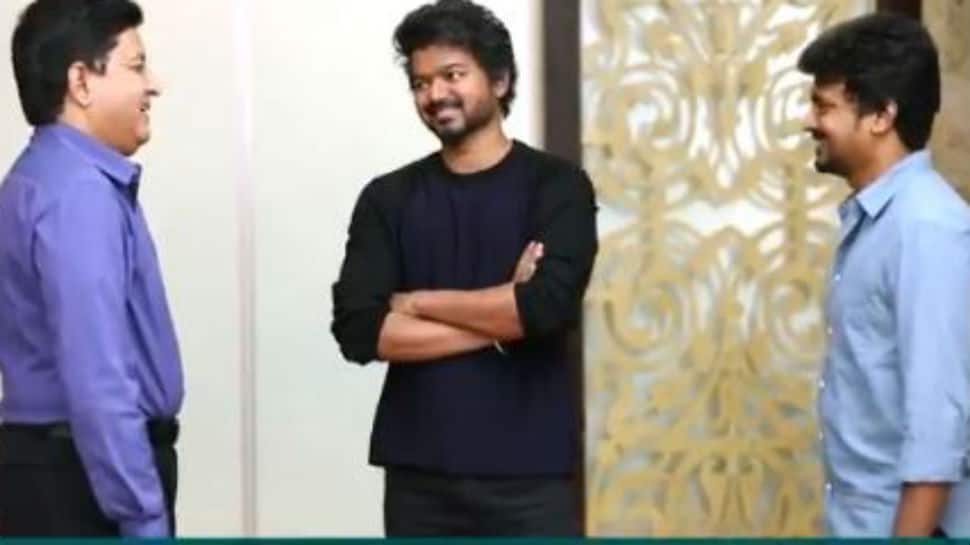 New Delhi: Folks, it's here! Tamil superstar Vijay's upcoming film has finally been announced. It's titled 'Thalapathy 65' and the film will be directed by Nelson Dilipkumar. The announcement was made by Sun Pictures, the team which is bankrolling the project, along with a short teaser of 'Thalapathy 65'.

The film appears to be an action-thriller with guns, bullets and cars featuring in the clip. It is Vijay's 65th film. Anirudh Ravichander will compose music for the film. The rest of the cast is yet to be finalised.

"We are happy to announce Thalapathy @actorvijay's #Thalapathy65bySunPictures directed by @nelsondilpkumar and music by @anirudhofficial," read the official announcement made by Sun Pictures.

Watch the teaser of 'Thalapathy 65' here:

Sharing his excitement of working with the superstar, Nelson Dilipkumar wrote on Twitter, "Happy to announce my next film with Vijay sir."

Meanwhile, Vijay, last seen in 2019's 'Bigil', will be next seen in 'Master'. The film's release date was pushed to January 2021 due to the coronavirus pandemic. 'Master' also stars Vijay Sethupathi and Malavika Mohanan in prominent roles. It is directed by Lokesh Kanagaraj.