Upendra’s 'I Love You' teaser gets a positive response

Upendra has a very special market in Kannada, Tamil and Telugu film industry. 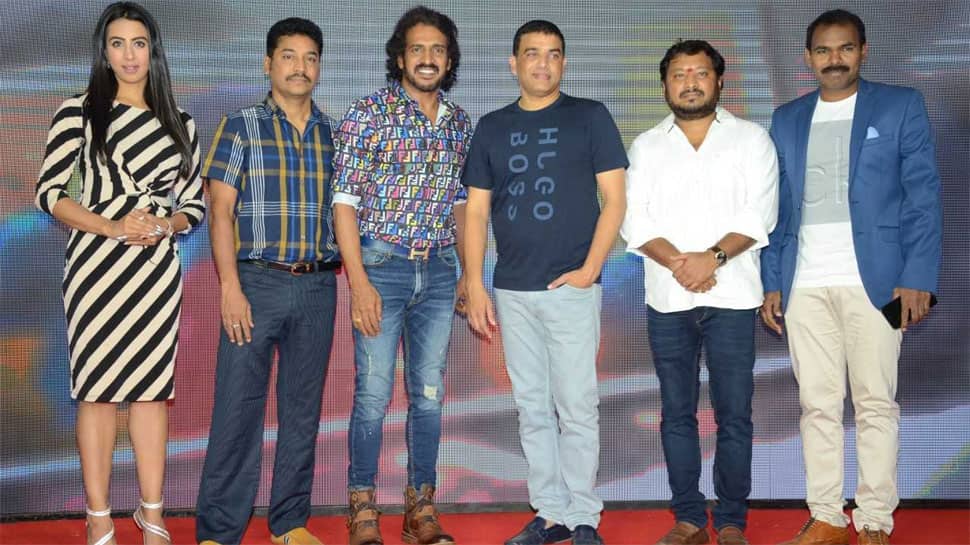 Actor Upendra’s upcoming film 'I Love You' will hit the screens very soon and the teaser was unveiled recently at Prasad Labs, Hyderabad. Upendra and the team of the film were present at the event. Besides the team, Dil Raju, Lagadapati Sridhar, Sanjana Archana and YVS Chowdary graced the event. Directed and produced by R Chandru, the film is touted to be a romantic one.

Talking at the event, Upendra said, "We need writers and directors like Chandru. People ask me what is the secret of my youthful look.  I would just say that I started from zero.  When you start from nothing, you realize that there is everything in nothingness. You have to be the most creative. I had to do small-budget movies with newcomers and I had to push myself every time so that no scene in the movie would bore the audience. I always unlearn to learn and relearn.  Too many thoughts can play a spoilsport. Let us have fresh thoughts always."

Upendra has a very special market in Kannada, Tamil and Telugu film industry. And he was last seen in Son of Satyamurthy, a Trivikram directorial. The actor is popular for his negative shaded and action-packed roles.

Speaking on the occasion, Dil Raju said, "Back in the late 1990s, I would find Upendra’s movies quite crazy. It's only after reading the script of 'Arya' that I understood the nuances of balancing a negative character in a way that the audience love.  I wish that 'I Love You' will become a big hit in both Telugu and Kannada."

The release date of the film is yet to be announced. The film is set to release in several other languages also.