Manoj will play a negative role for the first time 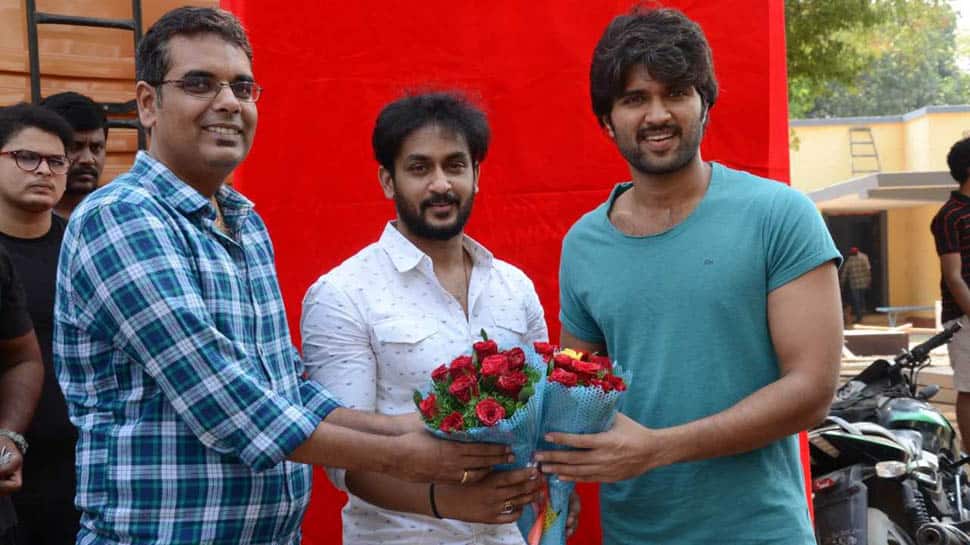 Heartthrob Vijay Deverakonda took some time out of his busy schedule to promote a small budget film titled Operation Gold Fish. The actor, on Friday, unveiled the first look of actor Manoj Nandam, who is playing Farooq Iqbal Iraqi in the thriller. Manoj will play a role which has negative shades for the first time/

Directed by Saikiran Adivi, the film also has writer Abburi Ravi as the antagonist. Talking about Manoj, he has been part of many films as a child artiste. He played the younger version of Mahesh Babu in Athadu and Prabhas in Chatrapathi. As a male lead, he impressed the audience in 'Oka Romantic Crime Katha'.

Impressed with Manoj’s look from the film, Vijay Deverakonda said, "I am happy that I have released Manoj's Farooq Iqbal Iraqi's look.  I have watched him ever since the days of 'Athadu'.  I had done an audition for 'Kerintha' movie with Saikiran Adivi.  Unfortunately, I didn't get a chance in that movie.  I have always watched his movies.  We all come from Sekhar Kammula garu's team. Coming to 'OGF', I have loved Abburi Ravi garu's look as well.  I wish Aadi Saikumar, Airtel 4G girl Sasha and others all the best.  I wish that 'OGF' becomes a huge hit."

Director Saikiran Adivi said, "I thank Vijay Deverakonda for releasing the FL despite him being busy with his work.  He spared time for us.  I couldn't cast him in 'Kerintha'. Despite that, he has come today to help me.  I thank him once again."