Thala Ajith’s ‘Vivegam’ has also topped the Chennai Box Office for the second time in a row. 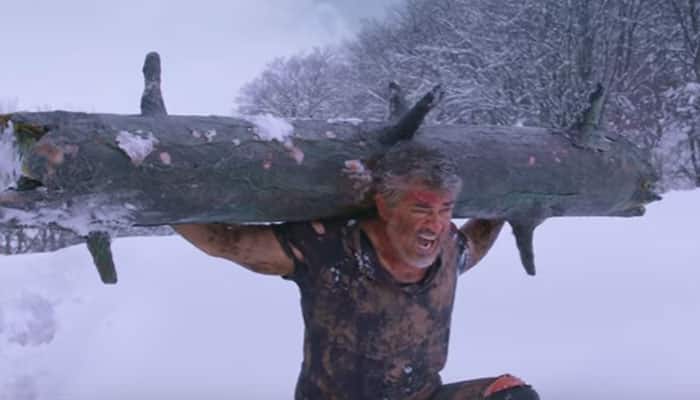 Mumbai: Thala Ajith’s ‘Vivegam’ has packed a solid punch at the Box Office. The film which has completed two weeks since its release has not just crossed Rs 100 crore mark (worldwide) but also beaten ‘Baahubali’ in terms of collections in Chennai.

According to India movie industry tracker Ramesh Bala, Vivegam, directed by Siva has minted Rs 8.25 Cr at the end of the second weekend in the Tamil Nadu capital.

The film has also topped the Chennai Box Office for the second time in a row.

The actioner, which also stars Kajal Aggarwal, Vivek Oberoi and Akshara Haasan, hit the silverscreen a day before Ganesh Chaturthi on August. Since its release, fans of Thala have gone berserk.

The film has some high-octane action sequences, powerful dialogues and awe-inspiring performances by the star cast.