The host welcomed the 6-month-old bundle of joy via surrogate on February 4 and had shared the first pictures of his baby boy with PEOPLE. 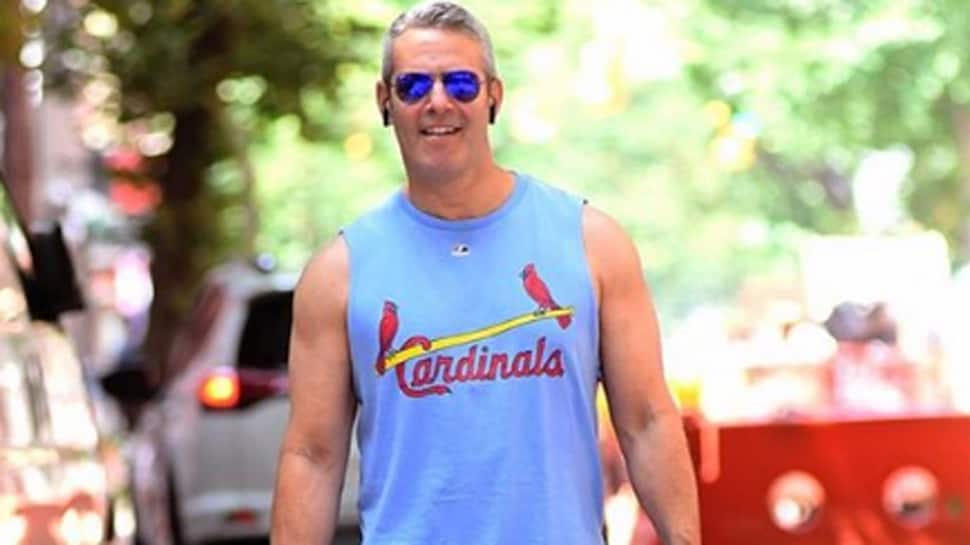 Washington: American television and talk show host Andy Cohen shared an adorable picture with his son Benjamin Allen on Sunday while celebrating his birthday. In the picture, the sweet father-son duo can be seen smiling wide at one another, while Cohen held up his baby boy."6 months old today!" he captioned the picture.

The host welcomed the 6-month-old bundle of joy via surrogate on February 4 and had shared the first pictures of his baby boy with PEOPLE.  Since then, the `Watch What Happens Live with Andy Cohen` host has posted many cute moments with his little one on Instagram.

Last month, he told PEOPLE about entering into the phase of parenthood and how he has learned to handle the intense feelings."I just say, `Okay, deal with what`s happening today,` " Cohen said. "The whole thing is overwhelming. ... The stuff and gear, that`s part of what makes it so overwhelming."

He also revealed to PEOPLE how much his life has changed since settling into his routine as a dad.

"When it started, I wanted to go out every night after the show and celebrate the show. Even though I have a reputation of being like, a major party guy, I`ve calmed down quite a bit. Now, a night out for me is dinner at 8 o`clock," he said, adding that his son is "great" and "smiling a lot."

No marriage on cards: Malaika Arora on wedding plans with Arjun Kapoor