Justin and Hailey, after exclusively dating for a while, decided to make things official and secretly tied the knot in a New York courthouse in September 2018. 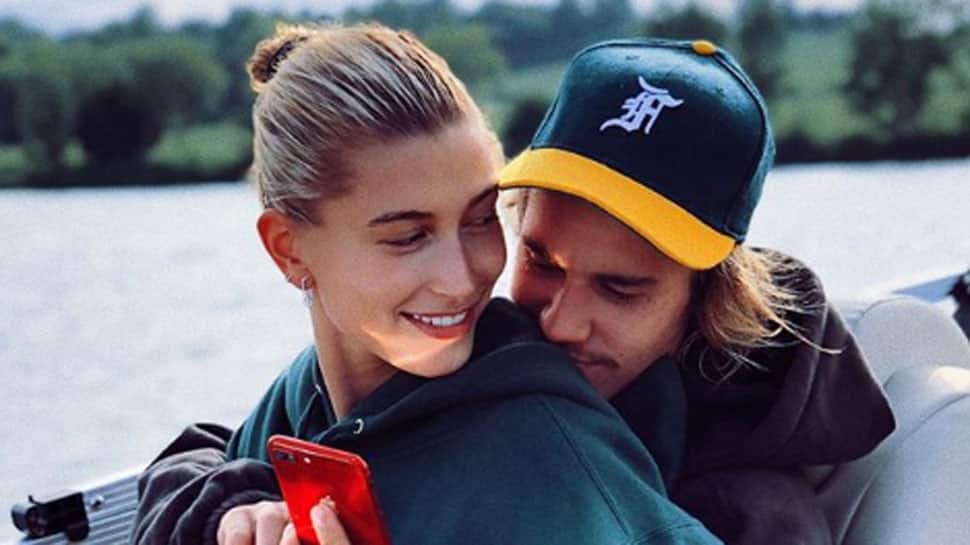 Washington: Model Hailey Baldwin recently opened up about her marriage with singer Justin Bieber and how it has changed the way she sees the world.In an interview with Cosmopolitan magazine cited by E! News, the 22-year-old model spoke at length about her marriage and how there has been no shortage of critics who are keeping a watchful eye for any sign of a split between the couple.

Although she's a seemingly optimistic person, she said, "I guess it`s just kind of an evil world, at the core of it, and humanity is just struggling."It isn`t just the media that gives the model grief over her marriage to the singer. It turns out that Justin`s young fans are flooding Hailey's social media feed with nasty comments and hate messages."

The problem too is kids become possessive over people and feel like if they think they're hurt, they feel hurt for them and they`re hurt too, or whatever it is. They just think they know these people who are famous because their life is so exposed," Hailey explained.

However, these cyber bullies "don`t know these people for real," which is the part that makes her the "most frustrated" about living in the public eye. She said, "What`s really weird to me is they create scenarios in their head of what they think is happening or what they think should happen, and I'm just like, 'This is just so dumb. It's so dumb.'

"Reflecting on the negativity, she revealed that she chooses to look away from the criticism coming her way."I've found that I got to a place where I don't read the comments. People can just be mean, and I feel like if you don`t want it to get to you, then don't read it and allow it to affect your soul," the 22-year-old model explained.

Hailey added, "You still care to a certain extent. You really have to train your brain to be like, 'Okay, why do I even care? I don't know these people, they don't know me, they're not a part of my life or my relationship.'"When all this constant criticism gets to be "unavoidable," Hailey said that she deletes her social media for a few days.

During that time, she focuses her attention and puts her energy into the more important things in her life, including her family and friends. "I think it`s just good to know you have people in your corner. You know you have people who have your back," Hailey shared. Justin is currently seeking treatment for mental health issues and has been depending largely on Hailey as his source of comfort.

Justin and Hailey, after exclusively dating for a while, decided to make things official and secretly tied the knot in a New York courthouse in September 2018. While they are yet to host another wedding ceremony for their friends and families, the couple is successfully painting the Internet red with their never-ending social media PDA, giving all the couples out there married life goals. Justin opened up about his struggle with depression in an interview with Vogue recently and even went on to talk about his marriage to Hailey.

Shraddha Kapoor to tie the knot with Rohan Shrestha?