My mother is not my competition: Konkona Sensharma

Actress Konkona Sensharma is making her directorial debut with "A Death in the Gunj" and she says comparisons with her mother, veteran filmmaker Aparna Sen, do not bother her as she cannot think of her as a competition. 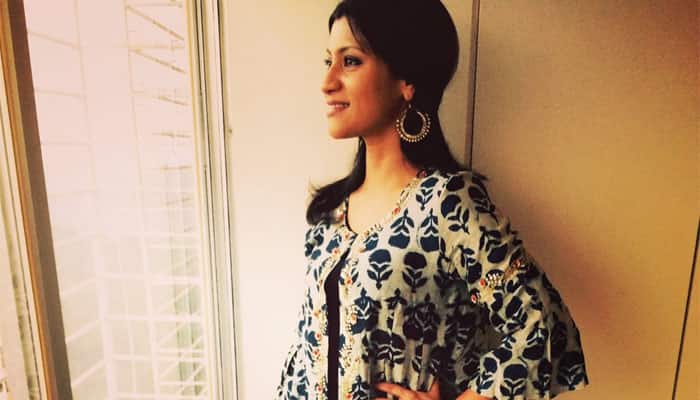 New Delhi: Actress Konkona Sensharma is making her directorial debut with "A Death in the Gunj" and she says comparisons with her mother, veteran filmmaker Aparna Sen, do not bother her as she cannot think of her as a competition.

"Even when I started acting, the journalists themselves would come up with these comparisons. But that's how people think. It's not how we think. I can't think of her as a competition.

"She is the pioneer and I'm really happy to follow in her footsteps. I am glad she was there to carry the torch first. You cannot control how other people see you. And that's totally valid," Konkona told PTI in an interview here.

The 37-year-old actress says she is not as driven as she is expected to be but has "high standards" for herself.

"I am naturally not a competitive or ambitious person anyway. Regardless, I have high standards for myself, which I often don't meet. That's my own tragedy."

Konkona says she knew she had to be specific with the choices regarding her debut film as being a small-budget and off-beat project, the actress did not have the luxury to try things out.

"What happens is you don't have the luxury to try things out. You have to go with a plan. And then may be there are some moments which are magical or spontaneous - which are very few in this film," she says.

Set in late 1970's, the story is about Bengali upper middle class people, who have come to McCluskieganj from Calcutta on a family vacation gone wrong.

"It sounds magical to me. It's the era. I love the '70s. I love the sensibility of the time and I feel everything changed from the year 1980. It all became different. 'A Death in the Gunj' feels like that kind of a film. It's like from a certain time that doesn't exist anymore," she says.