Nicki Minaj will marry Kenneth Petty in 'about 80 days'

The countdown has officially begun, as rapper Nicki Minaj revealed that she will marry her beau Kenneth Petty in "about 80 days."The 36-year-old rapper made the announcement on Monday`s episode of her `Queen Radio` show. 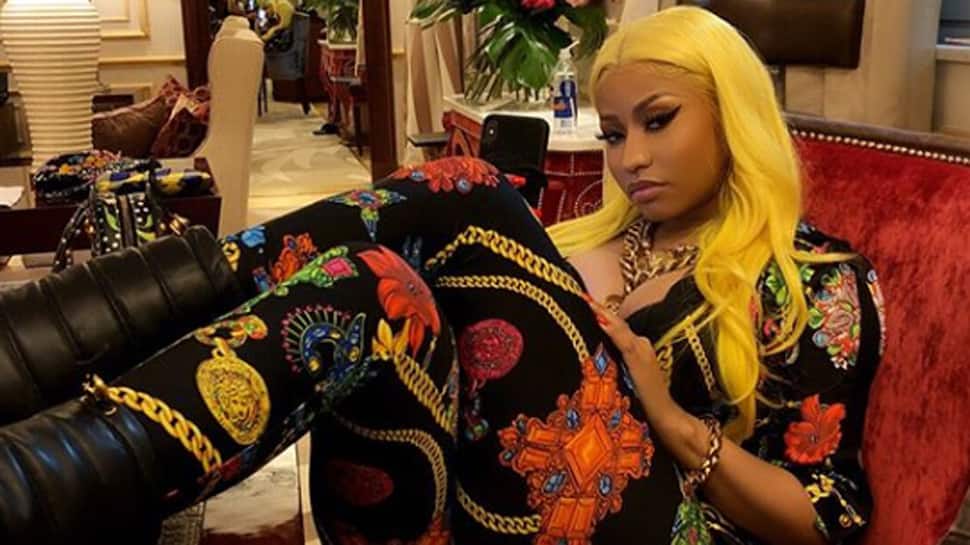 Washington: The countdown has officially begun, as rapper Nicki Minaj revealed that she will marry her beau Kenneth Petty in "about 80 days."The 36-year-old rapper made the announcement on Monday`s episode of her `Queen Radio` show.

The `Barbie Dreams` singer explained that she and Petty "filed for the marriage license and still had to pick it up", but since she was travelling, she had to get the license renewed, People reported. "From that time, you have 90 days to get married. That was about a week ago, so now I have about 80 days," Minaj shared.

Minaj revealed that she and Petty are planning to celebrate their union with a small, intimate ceremony and will plan a big wedding as per her work schedule later."I have to work on my album and I have a lot to focus on that I don`t want to do the big wedding now. We`ll do the big wedding late. I`ll be married before my album comes out, but will have my wedding after the album comes out. Before the 90 days is over, yes, I will be married," Minaj said.

Minaj then gushed about her beau, saying, "I`m very happy about that because my baby makes me so happy."The rapped had revealed in June that she and her beau got a marriage license."We did get our marriage license. I think I have what I was striving for, just happiness. It was so hard to get to a happy place. Now that I`m there, I don`t want to compromise that for anyone or anything," Minaj had said on Queen Radio at that time. The two have been dating since December, last year, according to Minaj`s Instagram.

"He want me to be his wife- his MISSIS like SIPPI NOW," she captioned a series of photos of the two of them laughing together. Petty also unveiled a new tattoo of his lady love`s birth name, Onika, in December, and featured in Minaj`s music video for her song `Megatron`.The video stars Minaj and Petty in a hot tub as she sings, "I f-- him like I miss him / He just came out of prison," which could be a reference to her beau`s criminal record.

Petty is a registered sex offender in the state of New York and served time in prison for manslaughter.

Many fans have expressed concern over Petty`s criminal record, but Minaj doesn`t appear to care about the criticism. Responding to her followers on Instagram, Minaj said, "He was 15, she was 16 ... in a relationship. But go awf Internet. Y`all can`t run my life. Y`all can`t even run y`all own life. Thank you boo."According to TMZ, the rapper has known Petty since they were teenagers, and she is "confident he`s matured" since then.