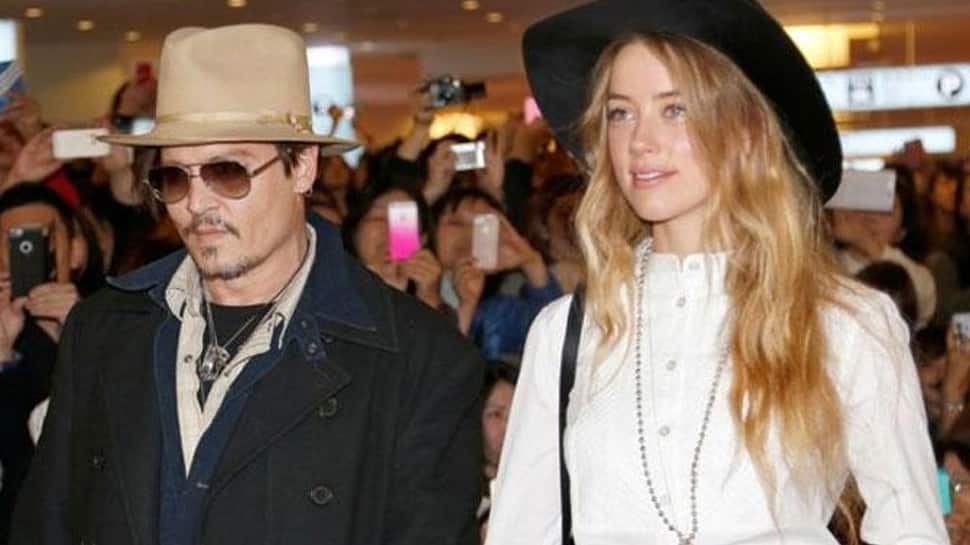 Depp, who filed a $50 million defamation case against Heard earlier this month, denied Heard`s accusations of domestic abuse against him, claiming that she used to abuse him instead, reports nme.com.

In the counter-lawsuit, Depp has accused Heard of being a "perpetrator" of domestic abuse and alleged that she attacked him numerous times, including an incident where Heard "violently" threw a bottle of vodka at him which "severed (his) middle finger on his right hand and shattered the bones, causing him to require surgery".

Heard has also been accused of punching Depp while he was in bed, kicking him on numerous occasions and staging attacks.

Depp`s lawsuit calls Heard`s allegations of domestic violence against him a "hoax".

"The interaction culminated with Ms. Heard making false allegations that Mr. Depp struck her with a cell phone, hit her and destroyed the penthouse. There were multiple eyewitnesses to this hoax."

Heard recently spoke about the allegations of domstic abuse against Depp in December 18, 2018 op-ed in The Washington Post.

The actress filed for a domestic violence restraining order against Depp in May 2016 after she accused him of abusing her. Depp denied the claims, and the two settled their divorce out of court in August 2016 for $7 million, which she donated to charity. Both actors signed NDAs barring them from discussing their relationship publicly.