Raksha Bandhan is the best occasion to express love and affection towards each other and spend some quality time together. This Raksha Bandhan, we bring to you the famous and cute Bollywood siblings.

New Delhi: As Raksha Bandhan is just a day away, we have collated a special album dedicated to Bollywood's star siblings. From Abhishek Bachchan-Shweta Bachchan Nanda to Saif Ali Khan-Soha Ali Khan and Taimur Ali Khan-Inaaya Naumi Kemmu to Yash-Roohi Johar, we have it all.

When it's Raksha Bandhan, how can we not talk about these brothers and sisters. After all, the festival is all about sibling bond of love and care. It is the best occasion to express love and affection towards each other and spend some quality time.

So, here's the list of famous B-Town brothers and sisters. (You can thank us later).

Abhishek and Shweta are star couple Amitabh and Jaya Bachchan's children. Shweta is two years elder to Abhishek. She is married to businessman Nikhil Nanda. Last year, she launched her own clothing line and also debuted as an author. Abhishek and Shweta share a sweet bond and have been spotted together in many occasions. They often feature on each other's Instagram timelines too.

Happy Rakhi to the bestest brother in the whole wide world. We missed you today  love you @beingsalmankhan

We all know what a loving brother Salman Khan is. He is very close to his four siblings - Arbaaz, Sohail, Alvira and Arpita. Alvira is married to filmmaker Atul Agnihotri, who recently co-produced Salman's 'Bharat'. Arpita is married to actor Aayush Sharma and was launched by Salman in 2018. Both his sisters hold a special place in 'Bhai's' life.

This day, one year ago! #theperilsofbeingmoderatelyfamous #authorlife

The Nawab of Pataudi, Saif Ali Khan, is Soha's elder brother. They are children of late cricketer Mansoor Ali Khan Pataudi and veteran actress Sharmila Tagore. Saif, who is married to Kareena Kapoor, shares a great bond with Soha, her actor husband Kunal Kemmu. Both their families recently had a good time in London and their children Taimur and Inaaya are the cutest brother-sister duo in tinsel town.

So proud of you @zoieakhtar .. you’ve made an incredible film. Onwards and upwards but first go on a well earned holiday .. love you.  #GullyBoy

Zoya and Farhan, children of Javed Akhtar and Honey Irani, are one of the most-talented siblings of Bollywood. Zoya is a filmmaker and has directed some great films, the recent one being 'Gully Boy' while Farhan is an actor-director and a singer too. He is known for his iconic role as Milkha Singh in 'Bhaag Milkha Bhaag'. The duo, together, have also given us some wonderful movies.

Sara Ali Khan and Ibrahim are Saif Ali Khan's children with first wife Amrita Singh. Sara debuted as an actress in 2018. Though Sara and Ibrahim stay with their mother in Mumbai, the siblings share a warm relationship with Saif, his wife Kareena and son Taimur. Sara also tied Rakhi to Taimur last year and the photos went crazy viral/ 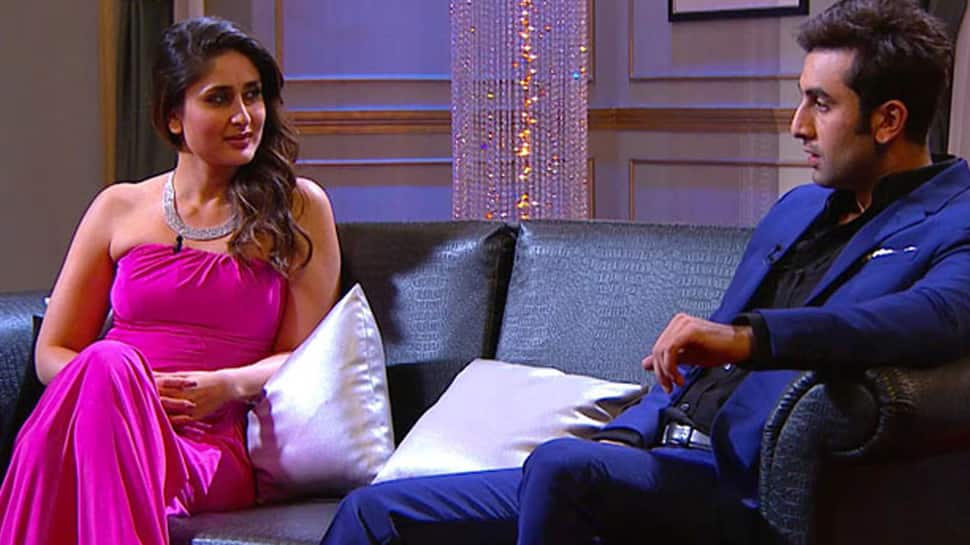 The Kapoor family has served the film industry for ages now. Rishi Kapoor and Neetu Kapoor's son Ranbir is Karisma and Kareena Kapoor's first cousin. His own sister Riddhima Kapoor Sahni is based out of Delhi.

Kareena and Ranbir often party together and also appeared on Karan Johar's talk show 'Koffee with Karan' together some years ago.

So this #Rakshabandhan we thought of changing things around. Why should only the sister's tie a rakhi to the brother's ? Why can’t it be the other way around aswell . I always protect my sister from all bad energies in the world and so does she . So from this year on we celebrate Rakhi a little differently .. love you my Rakshak @iamhumaq #HappyRakshabandhan

Saqib Saleem, who made his acting debut with the movie 'Mujhse Fraaandship Karoge', is Huma Qureshi's younger brother. The duo belongs to Delhi. However, after entering the film industry, they shifted their base to Mumbai and stay together. They also co-starred in a film titled 'Dobaara: See Your Evil' in 2017.

No, we aren't done yet. The list is incomplete without mentioning the adorable siblings (the star kids). Have a look!

First up, Taimur Ali Khan, son of Saif Ali Khan and Kareena Kapoor, and Inaaya Naumi Kemmu, daughter of Soha Ali Khan and Kunal Kemmu. Pictures of Taimur and Inaaya are all over the internet and they often go viral. We see them together on playdates, birthday parties and at their playschool.

I love you universe for this blessing !!!  #roohiandyash

Born to filmmaker Karan Johar, Yash and Roohi Johar are one of two most adored star kids of Bollywood. Karan welcomed the twins on February 7, 2017, through surrogacy. The doting papa's Instagram timeline is full of pictures of his little munchkins. Yash has been named after his late grandfather Yash Johar, an acclaimed filmmaker while Roohi is a rearrangement of his grandmother Hiroo's name.

Superstar Shah Rukh Khan and his wife Gauri are parents to Aryan, Suhana and AbRam. The trio are internet sensations already. Aryan is the eldest son while Abram is the youngest of the three. Their parents often share pictures of them together. Aryan is studying films abroad while Suhana recently completed her graduated. She aspires to become an actress. AbRam stays with his parents in Mumbai.

Sunny Leone and Daniel Weber are proud parents to three children - a daughter named Nisha and their twin sons Asher and Noah Singh Weber. The twins were born via surrogacy in 2018 while the couple adopted Nisha in 2017. The trio is too cute and we can't keep our eyes off them. Sunny is often seen with them at playschools.