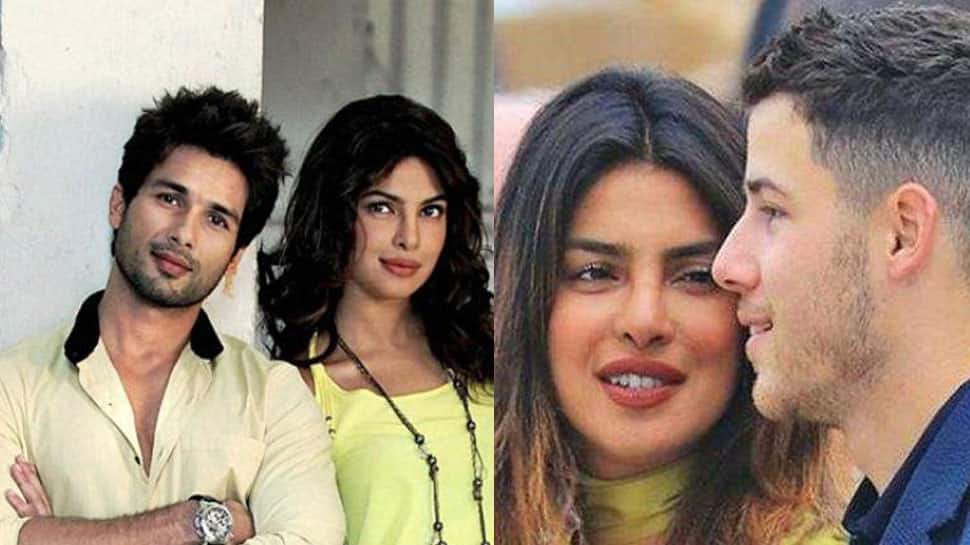 New Delhi: All eyes were on Shahid Kapoor and his wife Mira Rajput as they made their way to Priyanka Chopra-Nick Jonas wedding reception held in Mumbai.

Shahid proved that he and Priyanka have let bygones be bygones by attending her reception. And now, Shahid's recent comment about Priyanka's husband Nick Jonas on Karan's show has left the tongues wagging.

Shahid, who graced Karan Johar's talk show with his brother Ishaan Khatter. During one of the segments, Karan asked Shahid for a piece of advice for Nick,  to which he said, "Never back down buddy, you're with the original Desi Girl."

Coming to back to PeeCee's reception party, Shahid's entry was totally unexpected owing to his past equation with PeeCee. The two were rumored to be dating for a very long time but they never admitted being in a relationship. Reports also claimed that the two stars don't see each other eye to eye post their breakup but Shahid proved everything wrong by attending Priyanka's big day.

Sasha and PeeCee reportedly fell in love on the set of their super successful film Kaminey. The duo even appeared on Karan Johar's talk show Koffee With Karan where they dropped ample hints about their relationship but never confirmed it. However, now everything seems to be fine between them and so we can truly hope for these amazing actors to share the screen space again!

Karan Johar confirms Arjun Kapoor and Malaika are a couple