Sonam posted a photograph of Anand on her Instagram stories and captioned it as ''Can't wait to see this face''. 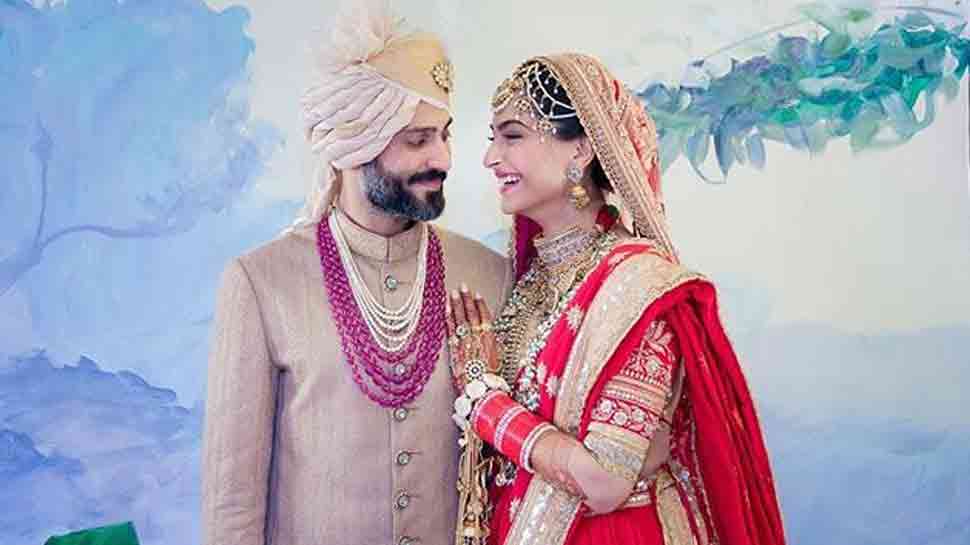 New Delhi: Newlyweds Sonam Kapoor and Anand Ahuja are giving us major couple goals each day. Sonam married her long-time beau, Anand on May 8, 2018. The wedding was a star-studded affair and left us all spellbound.

Soon after the wedding, all eyes were set on the couple's honeymoon destination. However, they put it on hold as Sonam had her work commitments. We saw her dazzle on the Cannes red carpet, just a few days after her wedding. Looks like Sonam can't stop missing her hubby Anand and her Instagram stories are proof of it.

Sonam posted a photograph of Anand on her Instagram stories and captioned it as “Can't wait to see this face'. 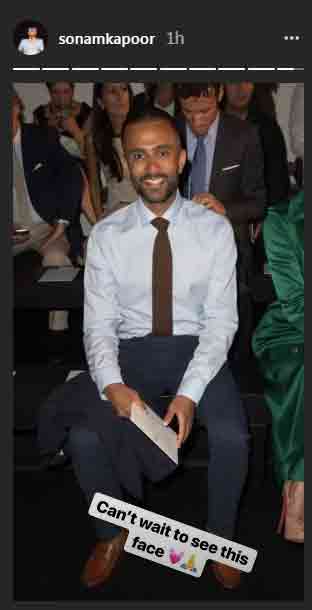 The Kapoors and Ahujas hosted a grand reception party at The Leela, Mumbai in the evening and several B-Towners were seen in attendance.

For her wedding, Sonam wore a bright red Anuradha Vakil lehenga with heavy exquisite jewellery, giving it a royal touch while Anand opted for a classic golden bandhgala sherwani by ace designer Raghavendra Rathore. In the evening, the actress wore an Anamika Khanna ensemble while the groom chose Rathore but added his quirky bit by wearing sneakers with sherwani.

On the professional front, Sonam will be next seen in 'Veere Di Wedding'. The film will hit the screens on June 1, 2018, and is helmed by Shashanka Ghosh. It stars Kareena Kapoor, Swara Bhasker and Shikha Talsania in the lead besides Sonam. The film has been co-produced by Rhea and Ekta Kapoor.

Is Neha Dhupia's pregnancy the reason behind her hush-hush marriage with Angad Bedi?