This pic of Virat Kohli, Anushka Sharma in front of a private jet will give you major vacay goals-See inside 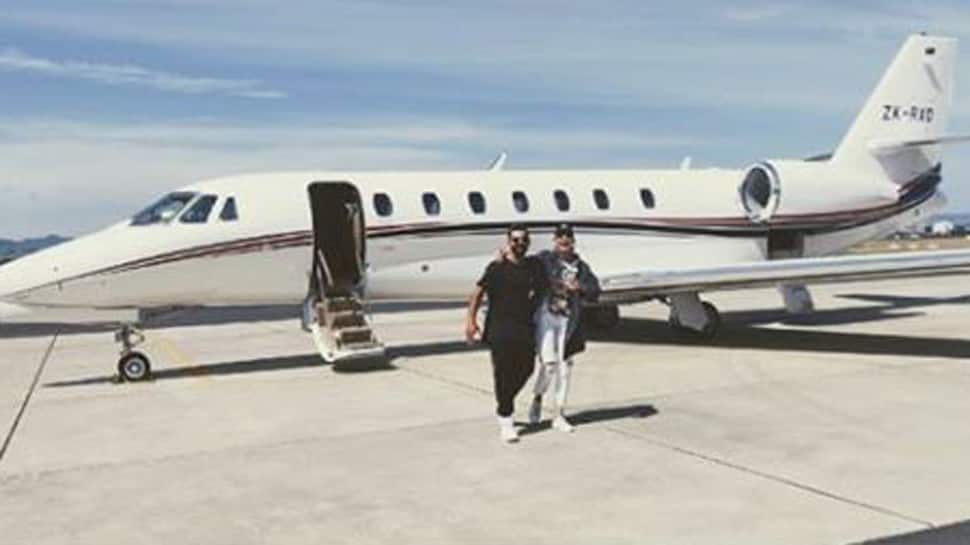 New Delhi: Power couple Virat Kohli and Anushka Sharma are having a gala time in New Zealand where Virat is heading the Indian cricket team in a series of ODIs. The cool captain on Tuesday shared a picture of the two of them in which they can be seen posing in front of a private jet.

Sharing the picture, Virat wrote, "Travels with her."

The couple has posted many such drool-worthy pictures from their exotic holidays.

On December 11, 2017, Anushka tied the knot with Indian cricket team captain Virat and their weddings pictures and videos were all over the internet.

The couple had never really opened up about their relationship status prior to their wedding and when the two shared their wedding pics, people couldn't stop gushing over the two. 'Virushka' looked like a match made in heaven at the wedding that took place at Tuscany, Italy. Only family and close friends were seen in attendance, followed by two lavish receptions in Delhi and Mumbai respectively.

Amid reports of being upset with each other, Ranbir Kapoor-Alia Bhatt attend an event together