There was a different mood to Pakistan from the moment they entered the Trent Bridge stadium. They looked cheerful and confident, giving out no vibes of a unit that has been run roughshod this year. They enter the World Cup 2019 having lost their previous 10 ODIs in a row, five to Australia and four to England, to go with a defeat to Afghanistan. 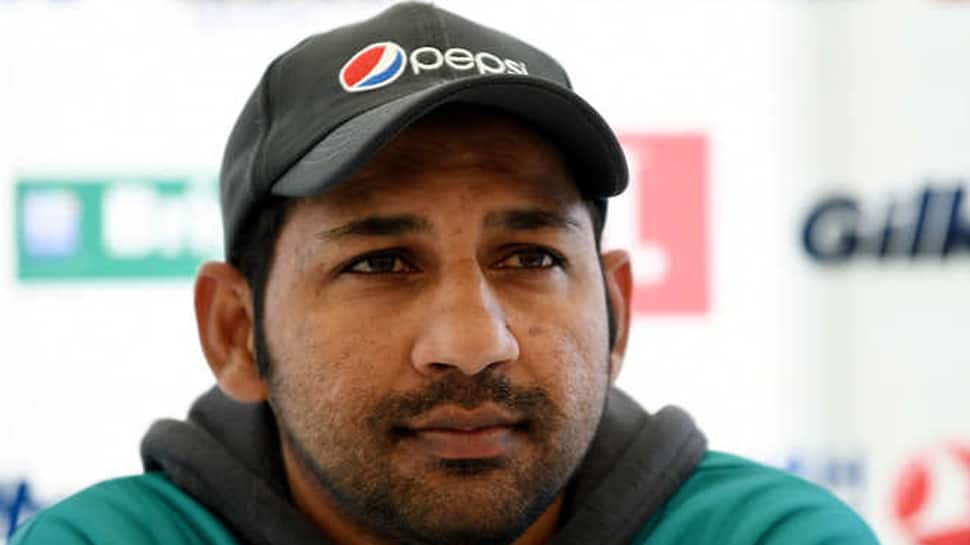 NOTTINGHAM: There was a different mood to Pakistan from the moment they entered the Trent Bridge stadium. They looked cheerful and confident, giving out no vibes of a unit that has been run roughshod this year. They enter the World Cup 2019 having lost their previous 10 ODIs in a row, five to Australia and four to England, to go with a defeat to Afghanistan.

Yet, when Pakistan entered the ground Thursday morning for their drills, the drooping shoulder were replaced by joyous laughter, a game of football and some extended batting sessions. The last to have a go was their captain Sarfraz Ahmed, who has been a frontrunner in the list of people to come in the firing line for Pakistan’s abysmal show this year.

In front of a handful number of journalists, in the press conference at the Squash Courts room of Trent Bridge stadium, spoke a strikingly contrasting Sarfraz, smiling across the next 15 minutes. This wasn’t a captain dwelling on the recent failures of a potential side. Instead, Sarfraz was brimming with confidence as he underlined the importance of a fresh start in a tournament as big as the World Cup on the eve of their tournament opener against the West Indies.

“It is important to let go the past. It is important to forget what happened in England a couple of weeks ago and move on,” Sarfraz said referring to the 0-4 mauling at the hands of England. “This is the World Cup; it doesn’t get bigger than this. Losing to Australia and England was a tough pill to swallow, especially as a Pakistan captain. But it’s time to forget and focus on the present. No one is the squad is carrying the scars of those defeats. We are a confident unit. We will forget our defeat with Afghanistan and have a clear mind to begin our journey into the World Cup.”

That Sarfraz was keen on giving himself and Pakistan a new beginning reflected from his outfit when he and the remaining nine captains went to the Buckingham Palace to meet the Queen and Prince Harry, Duke of Success. While all nine captain were dressed in blazers and ties, Sarfraz chose to put on shalwar kameez, Pakistan’s national dress, for which he was lauded emphatically. Sarfraz mentioned how he’s loved putting it on, and the only other thing he loves to carry with pride equally is that Pakistan crest. Termed unpredictable for far too long now, Sarfraz mentioned Pakistan don’t mind carrying that label as it helps them surprise oppositions.

However, 10 straight defeats tend to cover the little positives Pakistan have had along the way. Imam Ul Haq, Babar Azam and Fakhar Zaman have been among the runs. Heck, it is because of them that Pakistan were able to put totals of 361, 358 and 340 despite being on the losing side. But on Friday, they’ll be up against a side that is coming off a total of 421 against New Zealand, and scores of 389, 381, 360 and 331 in their last ten ODIs. Beat that.

“You know, if you contain any teams, you have to take wickets. If you’re not taking wickets here, so you can’t – you’ve got to stop runs. Whether you play England, either you play West Indies or Australia, you have to take wicket if you stop any team. So however teams play any other teams, any teams takes wickets, then they will respect them, any team it’s possible to have 70, 80 runs,” Sarfraz added.

While the entire world continues debates about their top four picks for the World Cup, Pakistan are hardly on anyone’s list. They weren’t anybody’s in 2009 or 2017 either – the respective years in which they won the World T20 and the Champions Trophy – both in England. And we know how that fared.

“I think we are not thinking about the result previously. We didn’t play well as a team. If you see (indiscernible) things, our batting is performing well, so we don’t think about it. We are very focused and we are very hopeful as a team that we will do well, inshallah, in this World Cup.”

It was evident from their training that for a change, Pakistan have an injury-free side this year, which is a good headache to have as pointed out by Sarfraz. “I think definitely, for the first time we all are. It’s very difficult to make the playing 11, but as we make the playing 11, we all are very clear what team is playing tomorrow. Mohammad Amir is fit and he is available for selection,” he said.