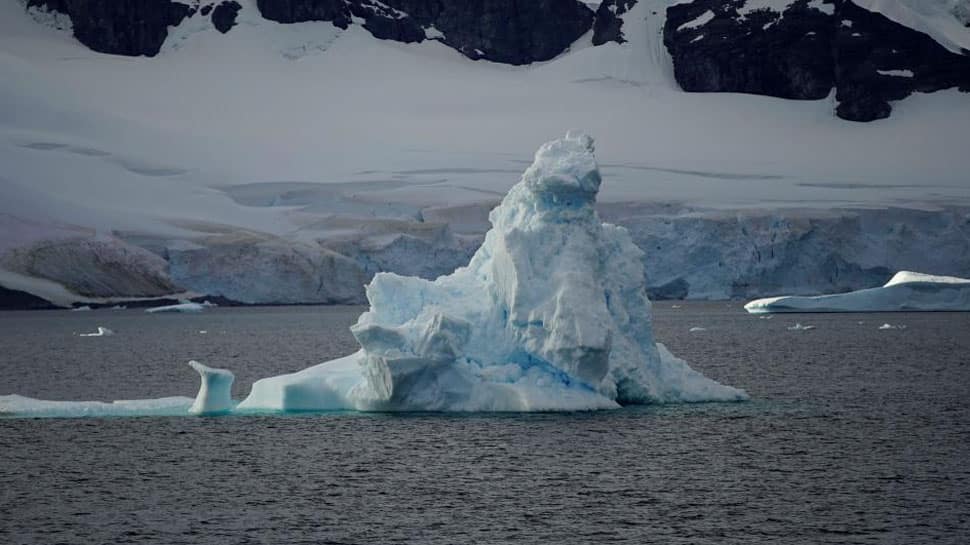 Washington: A new study has revealed that melting of the ice and snow from the entire continent of Antarctica has accelerated by 280 per cent in the last four decades. The study released on Monday led by Eric Rignot from the University of California at Irvine, found that the rate of that ice loss has not been consistent, with ice disappearing faster in each successive decade.

According to the research published in the Proceedings of the National Academy of Sciences, Antarctica holds a majority of the planet`s ice and if melted, would cause the average sea level to rise 188 feet.

The study looked at 176 different basins around Antarctica where ice drains into the ocean and found that the rate of melting is increasing, especially in areas where warm, salty water (known as circumpolar deep water or CDW) intrudes on edges of the ice sheets, which "vigorously melts the ice shelves" by reducing the glaciers that act as stop gaps between the ice sheet and the ocean.

It did not find a corresponding increase in the long-term trend of snowfall accumulation in the interior of Antarctica, which had been previously believed to counter the ice loss and minimise sea level rise. Another troublesome finding in the study was the fact that the sparsely studied East Antarctica has also been losing ice significantly over the same time period.

While the study is in line with with previous research that the West Antarctic ice sheet has contributed the majority of the recent ice loss, it found that East Antarctica was not far behind.

Rignot told CNN: "I did not expect the cumulative contribution of East Antarctica melt to be so large... Melting is taking place in the most vulnerable parts of Antarctica, parts that hold the potential for multiple meters of sea level rise in the coming century or two."

Another Antarctic study published on Monday in the scientific journal Nature Geoscience compared the geologic record of Antarctica`s ice with the known astronomical motions of the planet and the wobbling of the Earth`s tilt.

The researchers, led by Richard Levy of New Zealand`s GNS Science and Victoria University of Wellington and Stephen Meyers of the University of Wisconsin-Madison, were able to recreate a broad history of the Antarctic ice sheet going back 34 million years to when the ice sheet first formed -- documenting multiple cycles of ice growth and decay resulting from natural variations in the planet`s tilt.

Currently, Antarctica`s sea ice is at the lowest January levels since detailed observations began in 1979, according to data from the US National Snow and Ice Data Centre.