The bug-bomb products did absolutely nothing to control cockroach populations in the homes, says research. 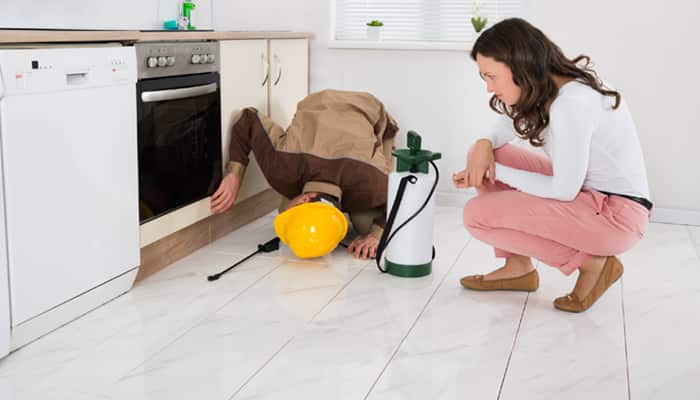 The study found that bug-bomb chemicals fail to reach places where there are a high number of cockroaches present -- like the underside of surfaces and inside cabinets. Besides leaving behind numerous cockroaches, bug bombs also leave behind nasty toxic residue in the middle of floors and countertops, which are heavily used by humans and pets.

Speaking about the study, Zachary DeVries, the lead author said, "There`s been a general assumption that bug bombs work to eliminate cockroaches indoors, but no one had conducted a formal assessment of their efficacy and any exposure risks.

"The study saw the researchers testing four different commercially available bug bombs with various insecticide active ingredients in five different apartment complexes with moderate to severe infestations of German cockroaches. Senior author of the paper Coby Schal said, "All the fogger products contained pyrethroids, a class of fast-acting insecticides, and some contained piperonyl butoxide, a chemical that prevents roaches from metabolizing, or breaking down, the insecticide.

"After gauging estimates of cockroach populations in 20 homes, the researchers set off the bug bombs, following the labels` instructions and US Environmental Protection Agency guidelines on preparing the homes for fogger release. They then monitored the populations for two weeks and one month after the bombs were released.

Researchers found no declines from the pre-intervention estimates. "The bug-bomb products did absolutely nothing to control cockroach populations in these homes," DeVries said.On the other hand, researchers treated 10 additional homes with either a commercially available gel bait or a professional-grade gel bait.

Gel baits are generally applied in small dabs via syringe, so they can be placed directly in the places where cockroaches hide. Researchers found that the baits were much more effective, after two and four weeks, in eliminating cockroach populations in the 10 homes.

To further test the effectiveness of bug bombs, the researchers placed both roaches raised in the lab and roaches captured in the homes into greased cages - making them inescapable - and set the cages on the floor and in upper cabinets of the studied homes during the deployment of the bug bombs.

The study found that the lab roaches, which are not hardy, had high mortality. "The roaches captured in the homes and then brought back, however, had far lower mortality rates than you would expect from direct exposure to bug bombs, confirming the ineffectiveness of these products when used for German cockroach control," said DeVries.