Glaciers have been retreating and thinning in the area since the 1970s but there has been an accelerating rate of retreat since then, the study said. 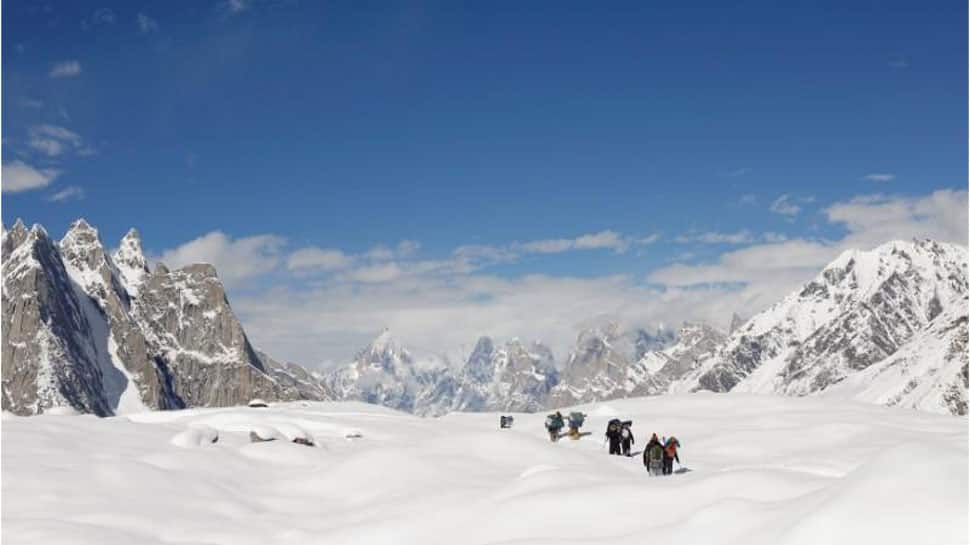 Kathmandu: At least a third of the ice in the Hindu Kush Himalayan region could melt by the end of this century due to climate change, even if there is aggressive action to curb greenhouse gases and meet the goals of the Paris climate agreement,according to a new study.

Fresh water from the region`s glaciers flows into 10 major river basins, contributing to the drinking water, irrigation and energy needs of approximately 1.9 billion people, or about a quarter of the world`s population.

"The consequences are pretty extreme. We are concerned, and we are worried," said one of the study`s authors, Philippus Wester, chief scientist with the Kathmandu-based International Centre for Integrated Mountain Development. "Urgent climate action is needed," he said.

Glaciers have been retreating and thinning in the area since the 1970s but there has been an accelerating rate of retreat since then, the study said.

Climate change will also reduce how much food farmers will be able to produce in this part of the world. About 70 per cent of the population of this region are farmers, and there is already great food insecurity there, it added.

Warmer water temperatures will encourage the growth of invasive species. Extreme floods and droughts may "destroy the food production base of the region", the study said, adding the rivers that farmers and energy companies rely on, like the Ganges, Yangtze, Mekong and Indus, will also be affected by glacier melt.

The Hindu Kush Himalayan Assessment was put together by more than 200 authors aiming to create a baseline of knowledge to understand the region.