First time in world, two Himalayan Griffon vultures to be released in nature

The experts have chosen Himalayan Griffon or Himalayan vulture, a surrogate species for this soft release. 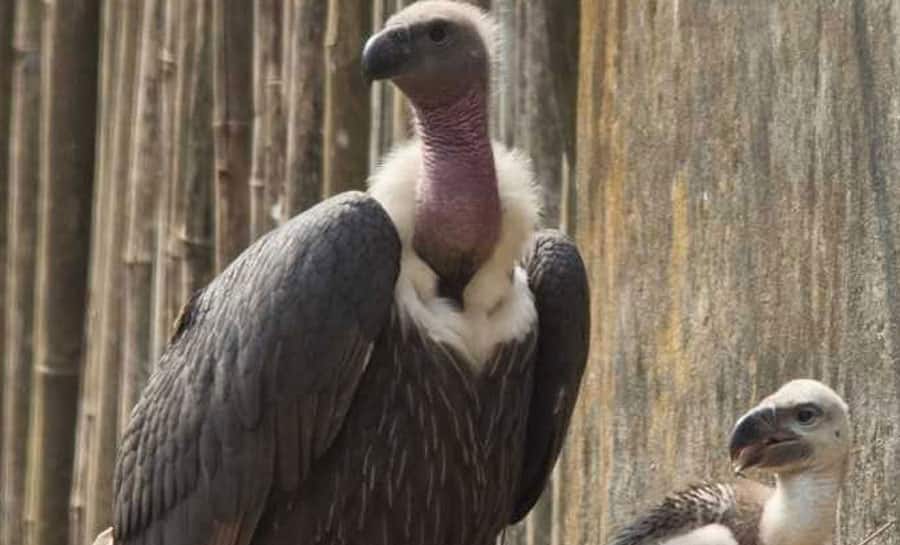 NEW DELHI: Now it's time for the vultures to be set free. Rajabhatkhowa Vulture Conservation Breeding center will soon release the first set of vultures in the wild.

It all started long back in 2006 when the population of vultures has gone down badly. Mostly due to the rampant use of Diclofenac in cattle.

The Rajabhatkhowa center was founded as the second such center in the world following Pinjore, Haryana.

Initially, it provided shelter to only 2-3 rescued vultures.

The forest officials have decided to release vultures into the wild for the first time in the world.

Very soon two vultures will be released from the center for trial.

The experts have chosen Himalayan Griffon or Himalayan vulture, a surrogate species for this soft release.

The release aviary has already been prepared. Since the vultures are not familiar to nature initially they will be released in release aviary.

It is made such a way that the vultures will be able to interact with nature as well as with the wild birds and get acclimatized.

Eventually they will be released in wild.

Platform Terminal Transmitter or satellite tag will be placed in their body for continuous monitoring as the vultures can fly as long as 100 km per day.

In Rajabhatkhowa center the successful breeding has drawn attention from all corners. There are different types of aviaries like display aviaries, hospital aviaries and now release aviary for a soft release.

The experts keep constant monitoring through CCTV in the aviaries. The vultures live in a colony and interestingly monogamous.

A vulture finds a partner and after mating a vulture lays only one egg. The mother and the father incubate the egg alternately for 55 to 60 days.

Many people may relate vultures to ill omen, but the experts find vultures a very important part of nature.

The rapid decrease in vulture population became a big concern for our environment and biodiversity that prompted setting up such a center.

Eventually, drugs like Diclofenac has also been banned following the vulture massacre.

The forest officers are eagerly waiting for the day when the vultures will take wing from the center with pride.