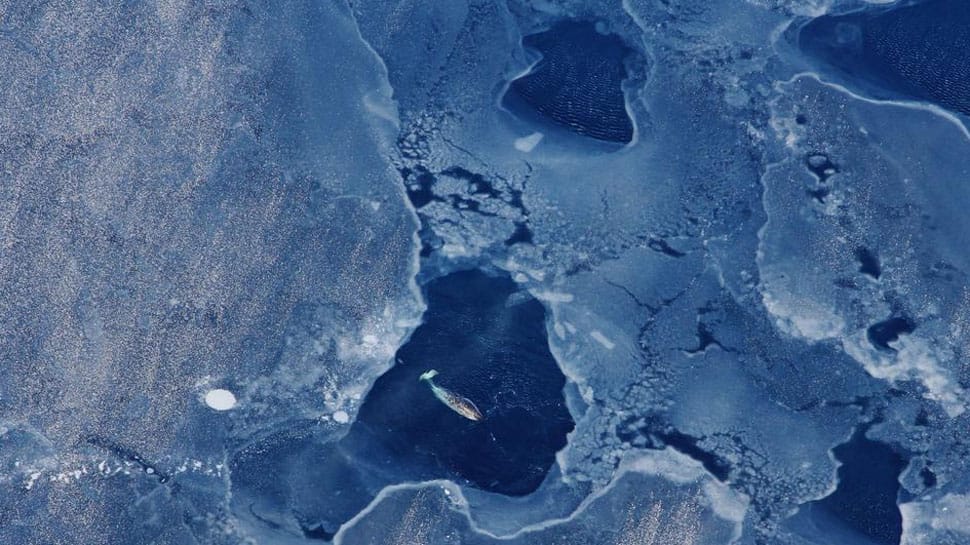 Washington: Scientists from NASA have discovered a gigantic cavity, almost 300 metres tall, growing at the bottom of the Thwaites Glacier in West Antarctica, indicating acceleration in rising global sea levels due to climate change.

The size of the cavity, at Thwaites` bottom where ocean water could flow in and melt the glacier from below, is big enough to have contained 14 billion tonnes of ice. Importantly, most of that ice melted over the last three years, the findings showed.

"(The size of) a cavity under a glacier plays an important role in melting," said lead author Pietro Milillo of NASA`s Jet Propulsion Laboratory (JPL) in California. "As more heat and water get under the glacier, it melts faster."

The cavity, reported in the Science Advances journal, was revealed by ice-penetrating radar in NASA`s Operation IceBridge -- an airborne campaign beginning in 2010 that studies connections between the polar regions and the global climate.

Thwaites Glacier is currently responsible for approximately 4 per cent of global sea level rise. It holds enough ice to raise the world`s oceans a little over 2 feet and backstops neighbouring glaciers that would raise sea levels to an additional 8 feet if all the ice were lost.

Thwaites is one of the hardest places to reach on Earth, but it is about to become better known than ever before. The huge cavity was under the main trunk of the glacier on its western side - the side farther from the West Antarctic Peninsula.

In this region, as the tide rises and falls, the grounding line retreats and advances across a zone of about 3 to 5 km. The glacier has been coming unstuck from a ridge in the bedrock at a steady rate of about 0.6 to 0.8 km a year since 1992.

Despite this stable rate of grounding-line retreat, the melting rate on this side of the glacier is extremely high. These results highlighted that ice-ocean interactions were more complex than previously understood.