The storm appeared during the planet's southern summer, the fourth and latest mysterious dark vortex captured by Hubble since 1993. 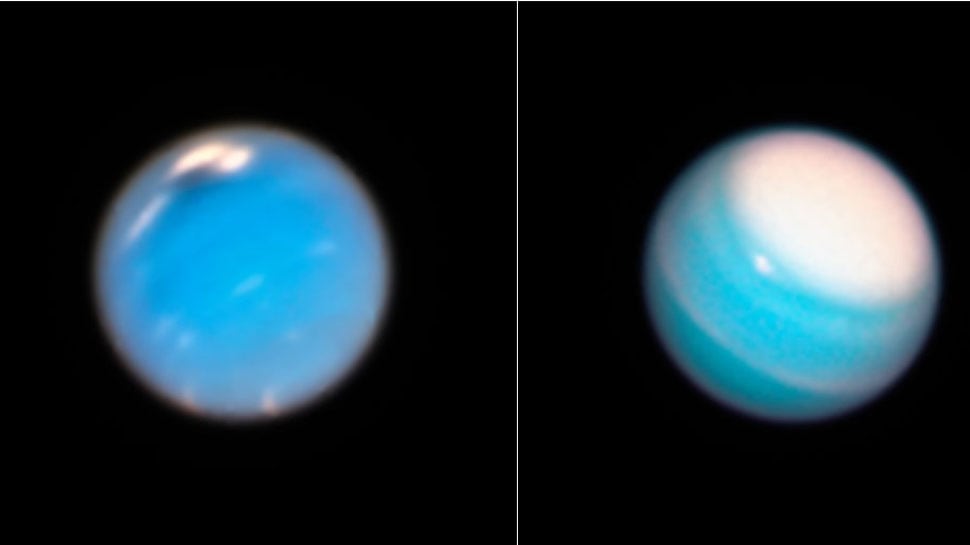 Washington: The Hubble Space Telescope has uncovered a new mysterious dark storm on Neptune and provided a fresh look at a long-lived storm circling around the north polar region on Uranus, NASA said.

Like Earth, Uranus and Neptune have seasons, which likely drive some of the features in their atmospheres, according to the US space agency. However, their seasons are much longer than on our planet, spanning decades rather than months, NASA said in a statement.

The storm appeared during the planet's southern summer, the fourth and latest mysterious dark vortex captured by Hubble since 1993. Two other dark storms were discovered by the Voyager 2 spacecraft in 1989 as it flew by the remote planet, NASA said.

Since then, only Hubble has had the sensitivity in blue light to track these elusive features, which have appeared and faded quickly. A study led by Andrew Hsu, an undergraduate student at the University of California, Berkeley in the US, estimated that the dark spots appear every four to six years at different latitudes and disappear after about two years.

Hubble uncovered the latest storm in September last year in Neptune's northern hemisphere. The feature is roughly 6,800 miles across. To the right of the dark feature are bright white "companion clouds." Hubble has observed similar clouds accompanying previous vortices.

Like Jupiter's Great Red Spot, the dark vortices swirl in an anti-cyclonic direction and seem to dredge up material from deeper levels in the ice giant's atmosphere. The Hubble observations show that as early as 2016, increased cloud activity in the region preceded the vortex's appearance.

The images indicate that the vortices probably develop deeper in Neptune's atmosphere, becoming visible only when the top of the storm reaches higher altitudes. The snapshot of Uranus, like the image of Neptune, reveals a dominant feature: a vast bright stormy cloud cap across the north pole.

Scientists believe this new feature is a result of Uranus' unique rotation. Unlike every other planet in the solar system, Uranus is tipped over almost onto its side. Because of this extreme tilt, during the planet's summer the Sun shines almost directly onto the north pole and never sets.

First time in world, two Himalayan Griffon vultures to be released in nature