Apollo 8 astronaut Bill Anders said that sending crews to Mars is ridiculous as unmanned missions are cheaper and there is no mass curiosity as such. 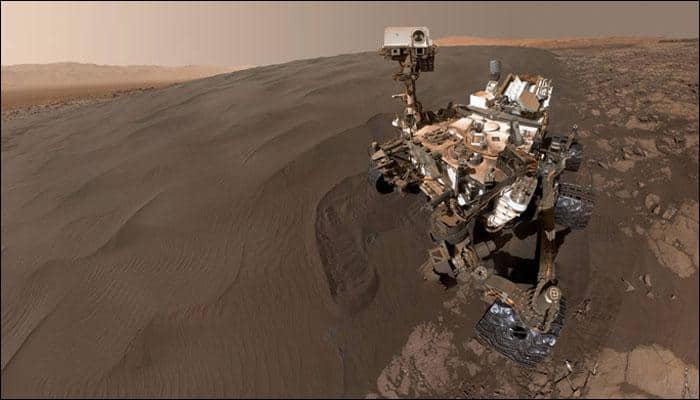 London: Bill Anders, one of the first men to orbit the Moon has that it is "stupid" to plan human missions to Mars. Speaking to BBC Radio 5 Live, Anders, lunar module pilot of Apollo 8, the first human spaceflight to leave Earth's orbit, said sending crews to Mars was "almost ridiculous". Anders comment came as Nasa prepares new human missions to the Moon. It also wants to learn the skills and develop the technology to enable a future human landing on Mars.

Nasa was approached for a response to Anders comments, but has not responded. Anders, 85, said he is a "big supporter" of the "remarkable" unmanned programmes, "mainly because they're much cheaper". But he added the public support simply was not there to fund vastly more expensive human missions. "What's the imperative? What's pushing us to go to Mars?" he said, adding "I don't think the public is that interested".

Robotic probes have been exploring Mars. In November, the InSight lander, which would sample the planet's interior, successfully touched down at Elysium Planitia. In December 1968, Anders, along with crewmates Frank Borman and Jim Lovell, lifted off from Cape Canaveral in Florida atop a Saturn V, before completing 10 orbits around the Moon. The crew of Apollo 8 spent 20 hours in orbit, before returning to Earth.

They splashed down in the Pacific on December 27, landing just 4,500 metres from their target point. They were picked up by the aircraft carrier USS Yorktown. It was the furthest humans had ever been from their home planet at that point, and a vital stepping stone on the road to Apollo 11's historic moon landing just seven months later. However, the former astronaut was scathing about how Nasa has evolved since the heady days of President John F Kennedy's pledge to land a man on the Moon by the end of the 1960s.

"Nasa couldn't get to the Moon today. They're so ossified, Nasa has turned into a jobs programme, many of the centres are mainly interested in keeping busy and you don't see the public support other than they get the workers their pay and their congressmen get re-elected," Anders said. He was also critical of the decision to focus on near-Earth orbit exploration after the completion of the Apollo programme in the 1970s.

"I think the space shuttle was a serious error. It hardly did anything except have an exciting launch, but it never lived up to its promise," he said. "The space station is only there because you had a shuttle, and vice-versa. Nasa really mismanaged the manned programme since the late lunar landings." It's a view that might seem surprising from a proud patriot and servant of the US military, who still remembers his own mission to space with great fondness.

Anders view doesn't sit too well with some in the space community. "I think Nasa is lucky to have what they've got, which is still hard in my mind to justify. I'm not a very popular guy at Nasa for saying that, but that's what I think," he explained.

Spacex halts launch of U.S. military satellite due to winds