Mars may have underground volcanic activity

The magma from the deep interior of Mars rose towards the planet's surface about 300,000 years ago. 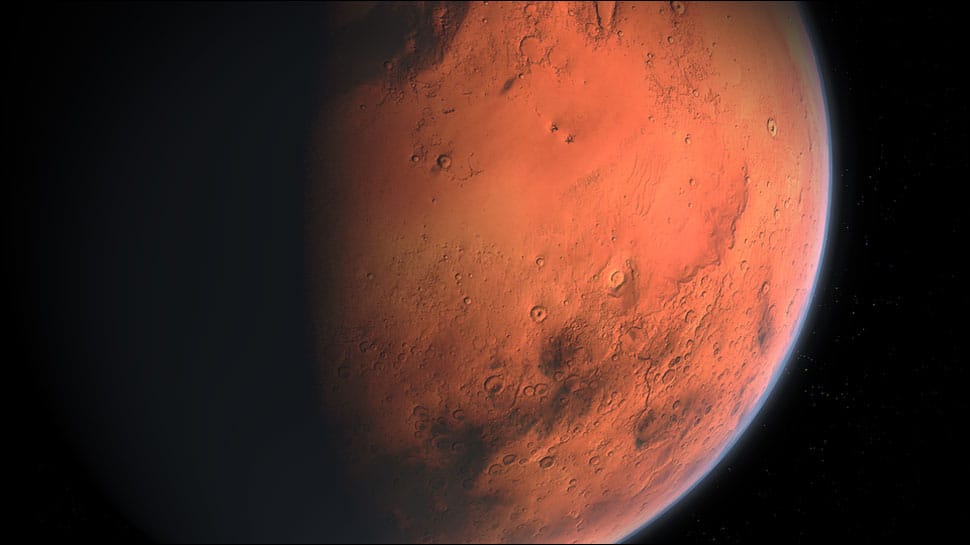 Washington: Mars may have volcanic activity below its surface, according to scientists who argue that without an underground source of heat it would not be possible for the Red Planet to host liquid water.

Previous research has suggested that liquid water is present beneath the south polar ice cap of Mars. According to the study published in the AGU journal Geophysical Research Letters, there needs to be an underground source of heat for liquid water to exist underneath the polar ice cap.

Researchers from University of Arizona in the US suggest recent magmatic activity -- the formation of a magma chamber within the past few hundred thousand years -- must have occurred underneath the surface of Mars for there to be enough heat to produce liquid water underneath the kilometer-and-a-half thick ice cap.

On the flip side, the team said that if there was not recent magmatic activity underneath the surface of Mars, then there is not likely liquid water underneath the ice cap. The presence of liquid water on the Red Planet has implications for potentially finding life outside of Earth and could also serve as a resource for future human exploration of our neighbouring planet.

Mars has two giant ice sheets at its poles, both a couple of kilometers thick. On Earth, it is common for liquid water to be present underneath thick ice sheets, with the planet's heat causing the ice to melt where it meets the Earth's crust.

In a paper published last year in Science, scientists claimed radar observations detected evidence of liquid water at the base of Mars's south polar ice cap. However, that study did not address how the liquid water could have gotten there.

Researchers first assumed the detection of liquid water underneath the ice cap was correct and then worked to figure out what parameters were needed for the water to exist. They performed physical modelling of Mars to understand how much heat is coming out of the interior of the planet.

One plausible heat source would be volcanic activity in the planet's subsurface. The magma from the deep interior of Mars rose towards the planet's surface about 300,000 years ago. It did not break the surface, like a volcanic eruption, but pooled in a magma chamber below the surface. As the magma chamber cooled, it released heat that melted the ice at the base of the ice sheet.