This discovery of hydrates is highly unexpected at extremely low pressures and ultra-cold temperatures and may have several implications for the chemistry of such atmospheres. 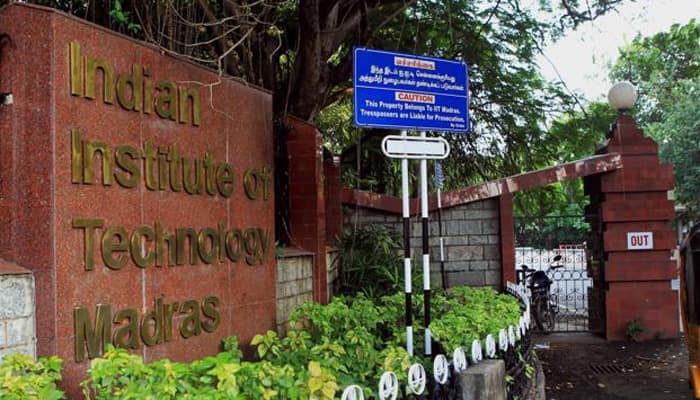 Chennai: Researchers at Indian Institute of Technology, Madras (IIT-M) have formed clathrate hydrates in an environment similar to that of interstellar medium (ISM), according to a statement issued by the institute. According to IIT-M, such hydrates, especially that of methane, are thought to be the future sources of fuel. Many nations across the world, including India, have programmes to explore hydrates in the ocean bed.

Gas hydrates such as methane hydrate can release combustible gases which could be used as a fuel, the IIT-M said. Clathrate hydrates are molecules like methane, carbon dioxide...trapped in well-defined cages of water molecules forming crystalline solids," said the statement, adding these are formed at high pressures and low temperatures at places such as the ocean floor, hundreds of metres below the sea level. They are also found in glaciers such as in Siberia.

"IIT Madras researchers formed such hydrates in vacuum, one thousand billion times below the atmospheric pressure called ultra-high vacuum (UHV) and temperature close to minus 263 degree Celsius (10 Kelvin). These are the conditions present in deep space," the statement said. This discovery of hydrates is highly unexpected at extremely low pressures and ultra-cold temperatures and may have several implications for the chemistry of such atmospheres, the statement said.

Detailing the discovery, IITM said, an experimental UHV was specially built for such studies, which housed several spectroscopic probes. "Nanometre thin layers of ice and methane were prepared by condensing a mixture of the gases on a specially made single crystal of ruthenium metal. The ruthenium metal surface was cooled to low temperatures initially," IITM said.

According to IIT-M, the formation of hydrates was studied by spectroscopy. At first, when the gases were deposited, the spectroscopic features resembled solids of methane and water ice. However, as the hydrate cage formed with methane trapped in it, the molecule became 'free' as in the gas phase.

"The observed changes were compared with theoretical simulations which confirmed the hydrate formation. The results were verified with the hydrate formed by standard methods," IITM said. Cages of water are not expected to form under such conditions as the water molecules are frozen and cannot move at very low temperatures. Therefore, when they did the experiments initially, nothing surprising was seen.

"Normally, in UHV experiments, spectroscopic changes are monitored only for minutes, maybe an hour. I thought that why not wait for days and keep observing the changes. After all, ice and methane have been sitting in the space for millions of years." Professor Thalappil Pradeep, a senior author of the study was quoted as saying in the statement.

"The excitement happened after 3 days. New features started coming. Then, of course, several experiments were done under controlled conditions. The problem went through several PhD students over a period of five years. Now, a number of opportunities have opened up." Pradeep said. Such hydrates were also formed with carbon dioxide.

"Trapping carbon dioxide in hydrates is a way to reduce global warming. One can sequester carbon dioxide gas as solid hydrates under the sea bed," Rajnish Kumar, co-author of the study was quoted as saying in the statement.

In hydrates, molecular confinement can result in new chemistry, especially in presence of cosmic light present in interstellar environment. This may have relevance to the origin of life. The work was performed by Jyotirmoy Ghosh and colleagues under the guidance of Pradeep and Kumar of IITM, the statement said.

The paper was published today in Proceedings of the National Academy of Sciences of the United States of America (PNAS).