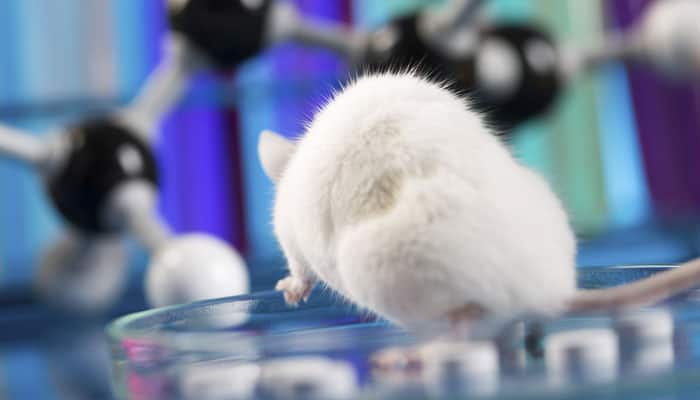 Washington: Groups of mice sent aboard the International Space Station (ISS) may help better understand the process of ageing in space and on Earth, according to NASA. The investigation will provide space-flown samples to scientists from academia, industry and government agencies, who have agreed to share their data and results in an online database that is open to the public.

Rodent Research-8 (RR-8) will examine the physiology of ageing and the effect of age on disease progression using groups of young and old mice flown in space and kept on Earth, NASA said in a statement. "The objective is to expose the mice to microgravity and track physiological changes," said Michael S Roberts, deputy chief scientist at the US National Laboratory, a sponsor of the investigation.

"Tissue samples from space-flown animals are extremely valuable to biomedical research and opportunities to use the space station are limited to a few missions each year," Roberts said. "This investigation was conceived primarily to provide the biomedical research community on Earth with tissues from mice exposed to microgravity," he said.

Previous research has shown that spending time in space causes bone density loss, immune dysfunction, cardiovascular issues such as stiffening of arteries, and loss of skeletal muscle mass and strength in both humans and rodent models. These changes resemble ageing in people age on Earth, but happen more quickly. That makes spaceflight an opportunity to study -- and perhaps lessen -- the effects of ageing.

The investigation will keep a group of young mice (10-16 weeks old) and another group of older mice (30-52 weeks old) on the space station for different periods of time -- approximately 30 and 60 days -- to make it possible to examine that accelerated ageing process more closely.

Researchers also plan to observe the activity levels of the different groups, expecting the younger mice to be more active than the older ones. Activity, or exercise, is known to affect the rate of bone and muscle loss in mice just as it does in humans.

The mice are all from a genetically identical strain. "We are trying to get down to the molecular basis for what is happening," Roberts said.

"To use mice or other organisms as models for studying humans, we need to understand whether the effects of space exposure have the same causes and outcomes as conditions in humans on Earth," he said.

"We want to see if the same things happen in mice and whether the rate of change is affected by the age of the mouse at exposure," he added. Better understanding of changes to the body that occur in spaceflight can contribute to developing countermeasures and therapies that protect the health of astronauts and help people with age-related conditions and diseases on Earth.

While this investigation focuses on the effect of age on the changes induced by space, future investigations could compare males versus females or different genetic strains of mice, or the effects of varying their habitat on the space station.