The Large Magellanic Cloud is the brightest satellite galaxy of the Milky Way and only entered our neighbourhood about 1.5 billion years ago. It sits about 163,000 light years from the Milky Way. 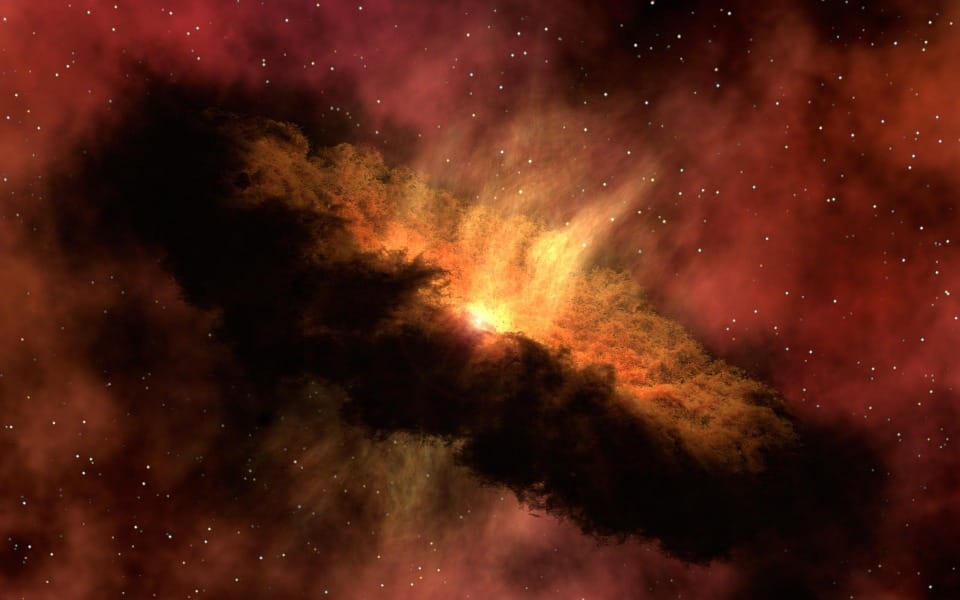 The collision could occur much earlier than the predicted impact between the Milky Way and another neighbouring galaxy, Andromeda, which scientists say will hit our galaxy in eight billion years.
As it feeds, the now-active black hole would throw out high-energy radiation and while these cosmic fireworks are unlikely to affect life on Earth, the scientists say there is a small chance that the initial collision could send our solar system hurtling into space.

Galaxies like our own Milky Way are surrounded by a group of smaller satellite galaxies that orbit around them, in a similar way to how bees move around a hive. Typically, these satellite galaxies have a quiet life and orbit around their hosts for many billions of years. However, from time to time, they sink to the centre, collide and are devoured by their host galaxy. The Large Magellanic Cloud is the brightest satellite galaxy of the Milky Way and only entered our neighbourhood about 1.5 billion years ago. It sits about 163,000 light years from the Milky Way.

Until recently astronomers thought that it would either orbit the Milky Way for many billions of years, or, since it moves so fast, escape from our galaxy's gravitational pull. However, recent measurements indicate that the Large Magellanic Cloud has nearly twice as much dark matter than previously thought.

The study, published in that since it has a larger than expected mass, the Large Magellanic Cloud is rapidly losing energy and is doomed to collide with our galaxy. The researchers including those from University of Helsinki in Finland, used the EAGLE galaxy formation supercomputer simulation to predict the collision. "While two billion years is an extremely long time compared to a human lifetime, it is a very short time on cosmic timescales," said Marius Cautun, a postdoctoral fellow in Durham University.

"The destruction of the Large Magellanic Cloud, as it is devoured by the Milky Way, will wreak havoc with our galaxy, waking up the black hole that lives at its centre and turning our galaxy into an 'active galactic nucleus' or quasar," said Cautun. "This phenomenon will generate powerful jets of high energy radiation emanating from just outside the black hole," he said. "While this will not affect our Solar System, there is a small chance that we might not escape unscathed from the collision between the two galaxies which could knock us out of the Milky Way and into interstellar space," he added.