As the Sun streams protons to the Moon, they found, those particles interact with electrons in the lunar surface, making hydrogen (H) atoms. 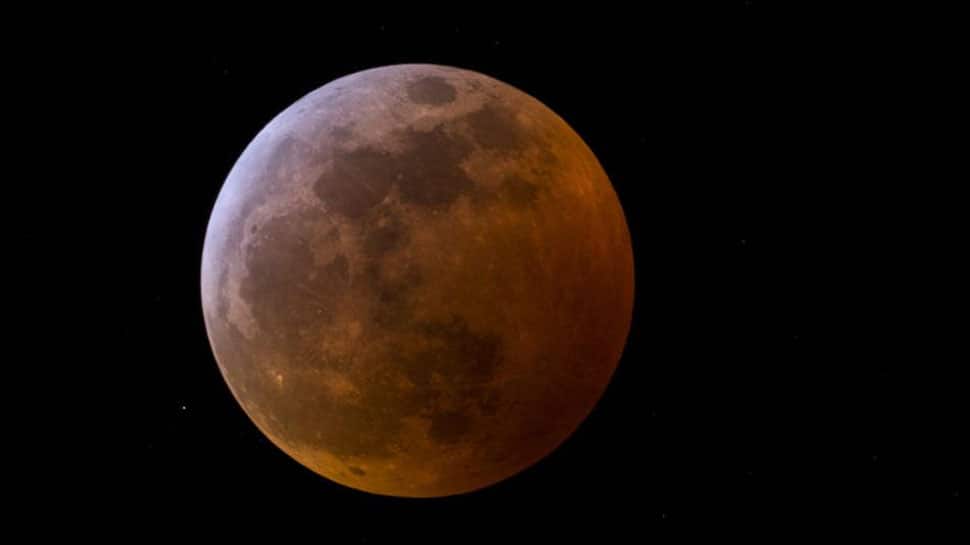 Washington: The lunar surface could act as a 'chemical factory' that produces the ingredients for water, making it easier for future human colonies on the Moon to sustain themselves, NASA scientists have found.

Using a computer programme, scientists simulated the chemistry that unfolds when the solar wind pelts the Moon's surface. When a stream of charged particles known as the solar wind careens onto the Moon's surface at 450 kilometers per second, they enrich the it in ingredients that could make water, according to research published in the journal JGR Planets.

As the Sun streams protons to the Moon, they found, those particles interact with electrons in the lunar surface, making hydrogen (H) atoms. These atoms then migrate through the surface and latch onto the abundant oxygen (O) atoms bound in the silica (SiO2) and other oxygen-bearing molecules that make up the lunar soil, or regolith.

"The whole process is like a chemical factory," said William M Farrell, a plasma physicist at NASA's Goddard Space Flight Center in the US, who helped develop the simulation. Together, hydrogen and oxygen make the molecule hydroxyl (OH), a component of water.

"We think of water as this special, magical compound. But here's what's amazing: every rock has the potential to make water, especially after being irradiated by the solar wind," Farell said. Understanding how much water -- or its chemical components -- is available on the Moon is critical to NASA's goal of sending humans to establish a permanent presence there, said Orenthal James Tucker, a physicist at Goddard.

"We're trying to learn about the dynamics of transport of valuable resources like hydrogen around the lunar surface and throughout its exosphere, or very thin atmosphere, so we can know where to go to harvest those resources," said Tucker.

Several spacecraft used infrared instruments that measure light emitted from the Moon to identify the chemistry of its surface. All found evidence of water or its components (hydrogen or hydroxyl). It is possible that meteor impacts initiate the necessary chemical reactions, but many scientists believe that the solar wind is the primary driver.

A key ramification of the result, Farrell said, is that every exposed body of silica in space -- from the Moon down to a small dust grain -- has the potential to create hydroxyl and thus become a chemical factory for water.

NASA bids adieu to Opportunity, the Mars rover that kept going and going