The team is not exactly sure why the satellites have gone silent. 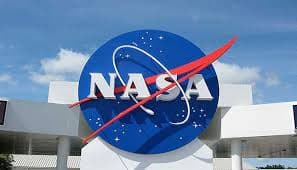 Washington: NASA`s first interplanetary mission to use a class of mini-spacecraft has fallen silent in deep space and it is unlikely that they will be heard again, the US space agency has said.

Launched last year, the pair of briefcase-sized spacecraft known collectively as MarCO (Mars Cube One) -- nicknamed EVE and WALL-E, after characters from a Pixar film -- served as communications relays during InSight`s landing, beaming back data at each stage of its descent to the Martian surface in near-real time.

However, "it`s been over a month since engineers have heard from MarCO," NASA said in a statement. "At this time, the mission team considers it unlikely they`ll be heard from again.

The team is not exactly sure why the satellites have gone silent.

"WALL-E has a leaky thruster. Attitude-control issues could be causing them to wobble and lose the ability to send and receive commands. The brightness sensors that allow the CubeSats to stay pointed at the Sun and recharge their batteries could be another factor," NASA said.

The MarCOs are in orbit around the Sun and would not start moving again until this summer.

Although the team will re-attempt to contact the CubeSats at that time, it is doubtful whether their batteries and other parts will last that long, as the farther they are, the more precisely they need to point their antennas to communicate with Earth.

Even if they are never revived, the MarCO mission was a spectacular success, NASA said. WALL-E sent back stunning images of Mars as well, while EVE performed some simple radio science.

"This mission was always about pushing the limits of miniaturised technology and seeing just how far it could take us," said Andy Klesh, the mission`s chief engineer at NASA`s Jet Propulsion Laboratory in California, which built the CubeSats.

"We`ve put a stake in the ground. Future CubeSats might go even farther," Klesh added.