The researchers said that NASA's spacecraft has entered the region of space outside the bubble-shaped boundary produced by wind streaming outward from the Sun. 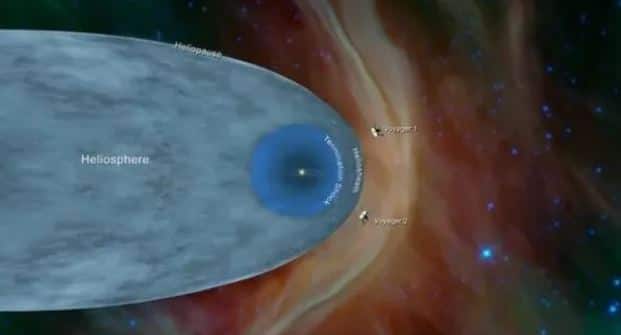 Researchers at the University of Iowa in the US have announced that Voyager 2 spacecraft of NASA has succeeded in crossing the elusive boundary that marks the edge of the realm of the sun and the start of interstellar space. It is to be noted that Voyager 2 succeeded in achieving this milestone more than four decades after the launch of its epic journey.

The researchers said that NASA's spacecraft has entered the region of space outside the bubble-shaped boundary produced by wind streaming outward from the Sun. Voyager 2 has now become the second man-made object to cross the realm of the sun. NASA's Voyager 1 made the solar exit for the first time in 2012.

The study, published in the journal Nature Astronomy, said that Voyager 2 reached the interstellar space on November 5, 2018. The researchers made the announcement after noting a definitive jump in plasma density detected by a plasma wave instrument on Voyager 2.

Professor Don Gurnett from the University of Iowa, and corresponding author on the study, said that by crossing the realm of sun, Voyager 2 has proved that the old idea that the solar wind will gradually whittle away as you go further into interstellar space is false.

"We show with Voyager 2 -- and previously with Voyager 1 -- that there's a distinct boundary out there. It's just astonishing how fluids, including plasmas, form boundaries," Gurnett said.

According to researchers, the entry of Voyager 2 into the ISM occurred at 119.7 astronomical units (AU), or more than 11 billion miles from the Sun. It may be recalled that Voyager 1 passed into the ISM at 122.6 AU.

Both Voyager 1 and Voyager 2 were launched within weeks of each other by NASA in 1977 but both had different mission goals and trajectories through space. The two spacecraft, however, crossed into the ISM at around the same distances from the Sun.