Even without a brain or a nervous system, the Venus flytrap makes sophisticated decisions about when to snap shut on potential prey. 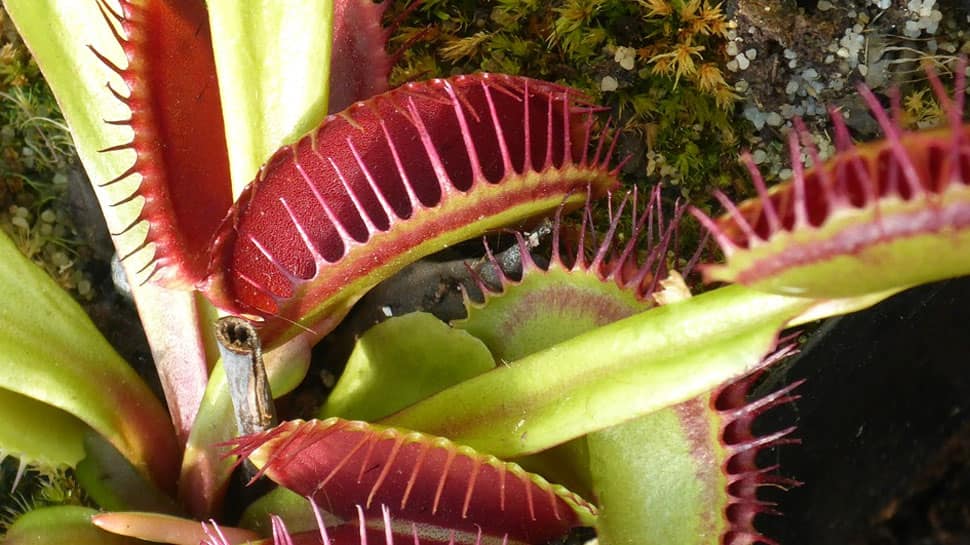 Washington: Scientists have created a 3D-printed artificial version of the Venus flytrap plant that can selectively capture small objects in response to external, environmental cues, without the need for any batteries, circuits or processors of any kind.

The technology may pave the way for aquatic pollution-monitoring devices that can be designed to open and collect a sample only in the presence of an oil-based chemical and when the temperature is over a certain threshold.

Even without a brain or a nervous system, the Venus flytrap makes sophisticated decisions about when to snap shut on potential prey, as well as to open when it has accidentally caught something it can't eat. Researchers at the University of Pennsylvania in the US have taken inspiration from these sorts of systems.

Using stimuli-responsive materials and geometric principles, they have designed structures that have "embodied logic." Through their physical and chemical makeup alone, they are able to determine which of multiple possible responses to make in response to their environment. Despite having no motors, batteries, circuits or processors of any kind, they can switch between multiple configurations in response to pre-determined environmental cues, such as humidity or oil-based chemicals.

For example, by utilizing these principles the researchers 3D pronted an artificial Venus flytrap which only closes when a weight is inside and the actuator is exposed to a solvent. Using sequential embodied logic and two types of actuators, this box has lock that is opened by the presence of water, and a lid that is opened by the presence of a solvent. Structures with "embodied logic" can have even more complicated behaviours, all without motors or computers.

There could be other applications of such systems, according to Jordan Raney, from University of Pennsylvania, who led the study. "Rather than using a solid-state sensor and microprocessor that are constantly reading what's flowing into a microfluidic chip, we could, for example, design a gate that shuts automatically if it detects a certain contaminant," said Raney.

Other potential applications could include sensors in remote, harsh environments, such as deserts, mountains, or even other planets. Without a need for batteries or computers, these embodied logic sensors could remain dormant for years without human interaction, only springing into action when presented with the right environmental cue.