Two NASA instruments capture images of most powerful 'fireball' since 2013

A "fireball" is an exceptionally bright meteor that is visible over a wide area. Fireball events are fairly common and are recorded in the NASA Center for Near Earth Object Studies database. 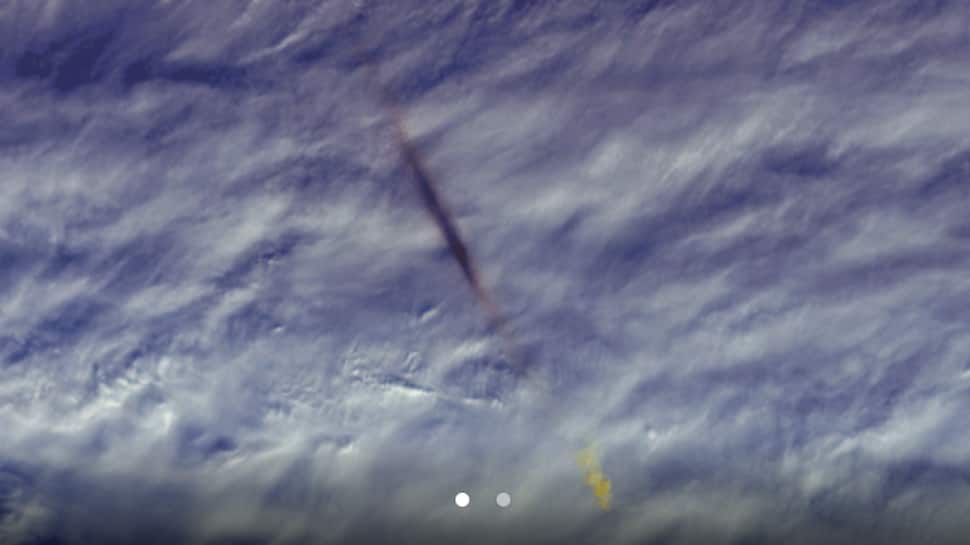 Two NASA instruments have captured images of the remnants of a large "fireball" which exploded above the Bering Sea in December 2018. It is expected that the explosion unleashed approximately 173 kilotons of energy, or more than 10 times the energy of the atomic bomb blast over Hiroshima during World War II.

A "fireball" is an exceptionally bright meteor that is visible over a wide area. Fireball events are fairly common and are recorded in the NASA Center for Near Earth Object Studies database. The December 18 fireball was the most powerful meteor to be observed since 2013.

The still image shows a true-color image of the remnants of the meteor's passage, which is seen as a dark shadow cast on thick, white clouds. The orange-tinted cloud that the fireball left behind by super-heating the air it passed through can be seen below and to the right of the center of the image.

The images, captured by the NASA instruments which were aboard the Terra satellite, captured views from five of nine cameras on the Multi-angle Imaging Spectro Radiometer (MISR) instrument and were taken minutes after the event.

JPL is a division of Caltech. The MISR data were obtained from the NASA Langley Research Center Atmospheric Science Data Center in Hampton, Virginia. The MODIS instrument is managed by NASA's Goddard Space Flight Center.