The Solar and Heliospheric Observatory (SOHO) space telescope recorded a comet dive directly into the sun, which did not appear on the other side of it. 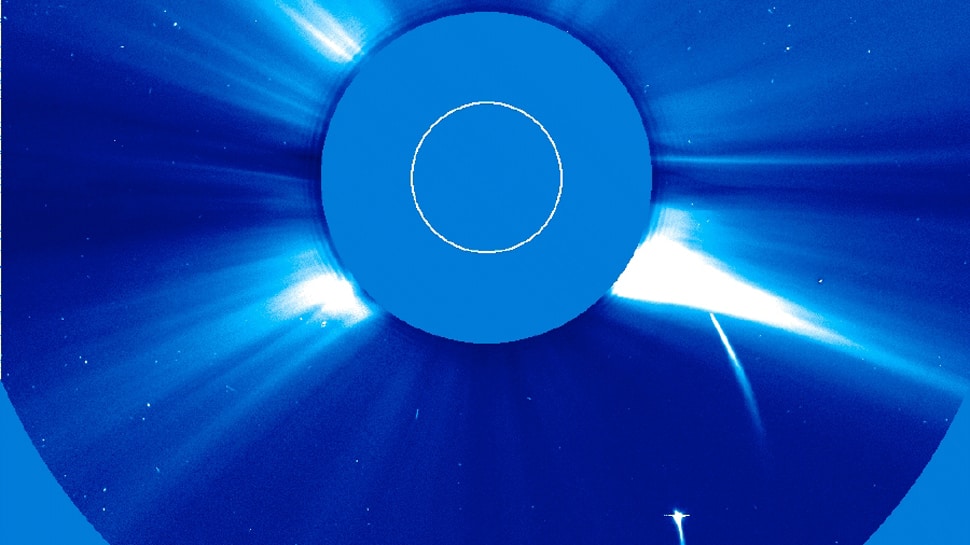 The Solar and Heliospheric Observatory (SOHO) space telescope recorded a comet dive directly into the sun, which did not appear on the other side of it.

In the video, the comet, belonging to the 'Kreutz sungrazer' family, can be seen diving almost directly into the center of the sun. The comet i completely evaporated by the heat of the star as it enters the sun's atmosphere and does not appear on the other side of the sun.

Kreutz sungrazers are fragments from the breakup of a single giant comet many centuries ago. They are a family of comets that come very close to the Sun; at times just thousands of kilometres from its surface. They are named after 19th-century German astronomer Heinrich Kreutz, who studied them in detail. Several Kreutz fragments pass by the sun and disintegrate every day.

This is not the first sungrazer comet spotted this year. In June 2019, two comets-- a Kreutz sungrazer and a Meyer sunskirter  — were identified as approaching the sun using data from SOHO and NASA Solar Terrestrial Relations Observatory (STEREO) spacecraft missions as part of the Sungrazer Project.

Sunskirters are comets that do not come as close to the sun as sungrazers.

Earlier in 2016, SOHO observed a similar collision, as another Kreutz sungrazer slammed into the hottest star at approximately 373 miles per second, news website Sputnik had reported.

Giant asteroid, bigger than Taj Mahal and Qutub Minar, set to zoom past Earth this month