With help of NASA video, scientist reveals how Earth would look if oceans were drained

Planetary scientist and researcher James O'Donoghue, in a remake of a 12-year-old National Aeronautics and Space Administration (NASA) video, explains how would the Earth looked if all the water was removed from its face. 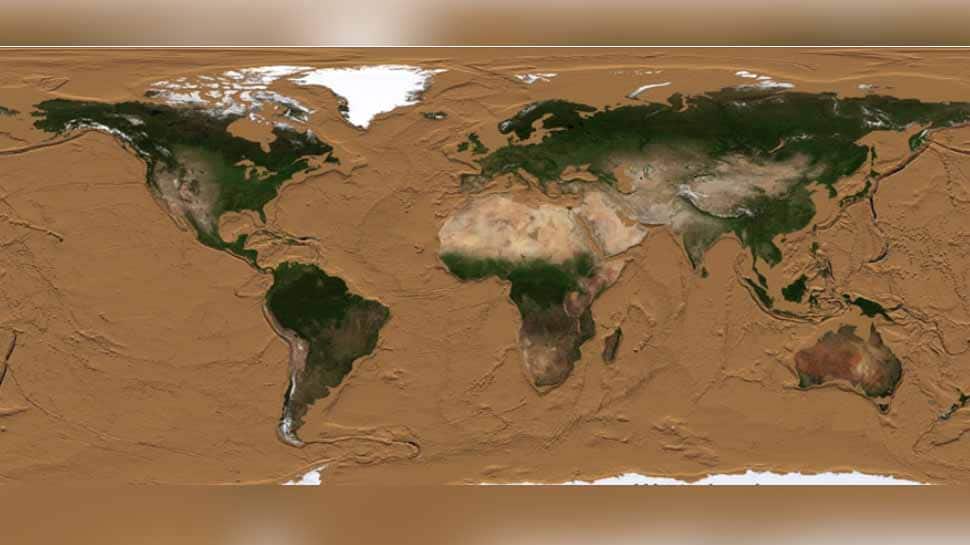 The Earth's surface is covered with about 71 per cent of water and the oceans hold around 96.5 per cent of all the water of the planet. But ever wondered how would our blue and green planet look if all these water was drained?

Planetary scientist and researcher James O'Donoghue, in a remake of a 12-year-old National Aeronautics and Space Administration (NASA) video, explains how would the Earth looked if all the water was removed from its face, showing the hidden three-fifths of the planet's surface. The scientist was formerly at NASA and currently works at the Japan Aerospace Exploration Agency (JAXA).

For the new video, O'Donoghue took an animation of a 2008 video, that NASA physicist and animator Horace Mitchell created, and added several things. He edited the timing and also added a tracker to reveal the amount of water that drains throughout the animation. It was also made at a high resolution of 3840x2160 (4K) as compared to the previous version of 1024x512.

O'Donoghue said, "Three-fifths of the Earth's surface is under the ocean, and the ocean floor is as rich in detail as the land surface with which we are familiar. This animation simulates a drop in sea level that gradually reveals this detail. As the sea level drops, the continental shelves appear immediately. They are mostly visible by a depth of 140 meters, except for the Arctic and Antarctic regions, where the shelves are deeper. The mid-ocean ridges start to appear at a depth of 2,000 to 3,000 meters. By 6,000 meters, most of the ocean is drained except for the deep ocean trenches, the deepest of which is the Marianas Trench at a depth of 10,911 meters."