A new study has found that the asteroid which led to the extinction of dinosaurs hit Earth at the "deadliest possible" angle. 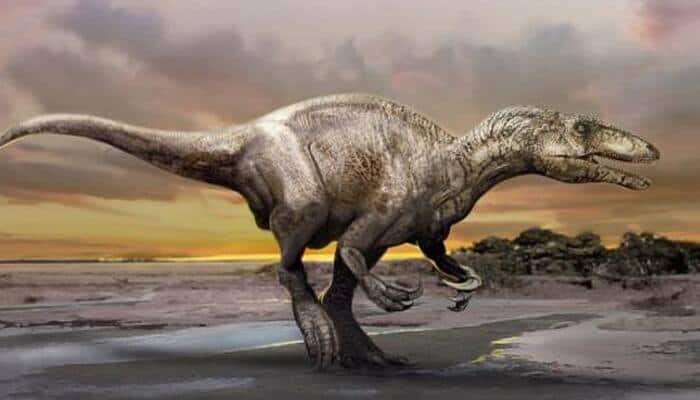 A new study has found that the asteroid which led to the extinction of dinosaurs hit Earth at the "deadliest possible" angle.

The findings of the study done by Professor Gareth Collins, who works at Imperial College London in their Department of Earth Science and Engineering, and his team were published on May 26 in the scientific journal, Nature Communications.

Collins and his team used 3D numerical simulations and geophysical data from the site of the asteroid to find out how the crater struck the Earth at an angle of about 60 degrees which led to the extinction of dinosaurs 66 million years ago.

"For the dinosaurs, the worst-case scenario is exactly what happened," Collins said in a statement on the college's website. "The asteroid strike unleashed an incredible amount of climate-changing gases into the atmosphere, triggering a chain of events that led to the extinction of the dinosaurs. This was likely worsened by the fact that it struck at one of the deadliest possible angles."

"Our simulations provide compelling evidence that the asteroid struck at a steep angle, perhaps 60 degrees above the horizon, and approached its target from the north-east," Collins went on. "We know that this was among the worst-case scenarios for the lethality on impact because it put more hazardous debris into the upper atmosphere and scattered it everywhere – the very thing that led to a nuclear winter."

Imperial College's website said that the team of researchers of the college, plus scientists from the University of Freiburg and the University of Texas at Austin, began by studying the shape and structure of Chicxulub, which is located in Mexico.

"Despite being buried beneath nearly a kilometer of sedimentary rocks, it is remarkable that geophysical data reveals so much about the crater structure - enough to describe the direction and angle of the impact," report co-author, Dr. Auriol Rae from the University of Freiburg, explained in a statement to Imperial College.

Collins was quoted as saying by People that the circumstances around the impact of asteroid on the earth's surface were rather ideal because they released as much vapor into the air as possible.

"It's sort of a perfect storm. This was a very bad day for the dinosaurs, and the more special the circumstances that had to come together to cause this event, the less likely that it'll happen again," he added.

Two asteroids to hurtle past Earth on June 5 and 6