The strength of the magnetic field in the area of anomaly has dropped by 8 per cent between the years 1970 and 2020. 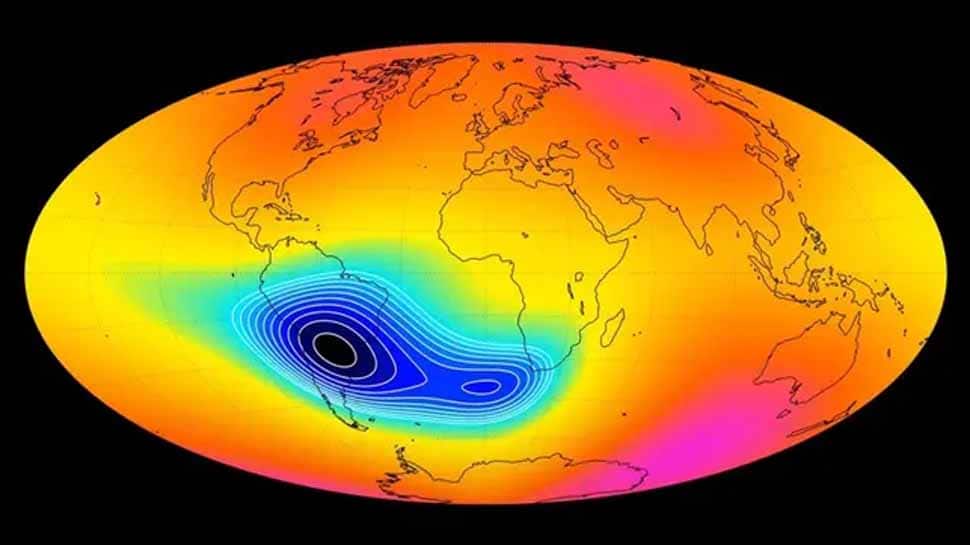 The South Atlantic Anomaly has been captured by the Swarm satellite constellation (Division of Geomagnetism, DTU Space)
Share:
Written By:

Scientists were left baffled after research showed that the Earth's magnetic field is weakening for no apparent reason and it is causing problems for satellites and space craft.

After analysing data acquired from European Space Agency's (ESA) Swarm constellation of satellites, the scientists found that in the area between Africa and South America - known as South Atlantic Anomaly - the phenomenon has grown considerably in recent years.

The strength of the magnetic field in the area of anomaly has dropped by 8 per cent between the years 1970 and 2020.

"The new, eastern minimum of the South Atlantic Anomaly has appeared over the last decade and in recent years is developing vigorously," said Jürgen Matzka, from the German Research Centre for Geosciences said in a statement.

According to the ESA, one possibility could be that the Earth's magnetic field is about to reverse, wherein the North Pole and South Pole switch places.

The last time a "geomagnetic reversal" took place was almost 8 lakh years ago. Though typically scentists say such events take place every 250,000 years.

Such an event could bring about a significant change as the magnetic field also protects Earth from solar winds and harmful cosmic radiations.

Though the process is not instantaneous could it take tens of thousands of years to take place. While ESA said it would continue to monitor the weakening magnetic field with its constellation of Swarm satellites