The Event Horizon Telescope (EHT) -- a planet-scale array of eight ground-based radio telescopes forged through international collaboration -- was designed to capture images of a black hole. 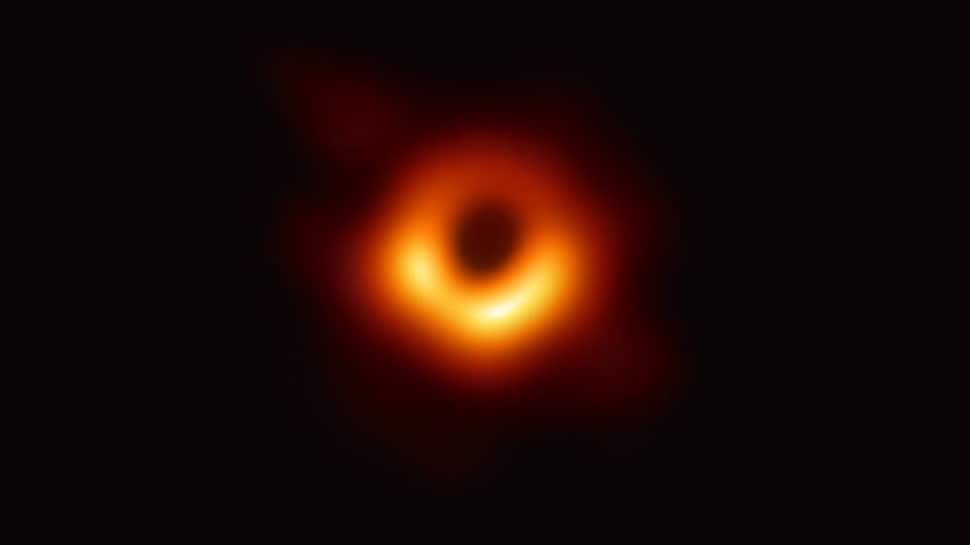 In a historic step, the first-ever image of a black hole was captured by the astronomers at the National Science Foundation (NSF) and the result was announced on Wednesday at 6.30 pm (9 am ET).

The Event Horizon Telescope (EHT) -- a planet-scale array of eight ground-based radio telescopes forged through international collaboration -- was designed to capture images of a black hole. The EHT researchers on Wednesday revealed that they have succeeded, unveiling the first direct visual evidence of a supermassive black hole and its shadow.

This breakthrough was announced in a series of six papers published in a special issue of The Astrophysical Journal Letters. The image reveals the black hole at the centre of Messier 87, a massive galaxy in the nearby Virgo galaxy cluster. This black hole resides 55 million light-years from Earth and has a mass 6.5-billion times that of the Sun.

The EHT team built an Earth-sized telescope by linking radio dishes around the world. In April 2017, all they all swivelled to look at the supermassive black hole at the centre of Messier 87.

Taking to Twitter, NASA called it a 'history' that is being made. "History is being made! A global network of telescopes has been working to capture the first-ever image of a black hole. Follow along as @NSF shares the groundbreaking result at 9 am ET of the #EHTBlackHole," tweeted NASA.

“I am delighted to report that we have for the first time we have seen what we thought was unseeable. We have taken the first picture of a black hole," tweeted Shep Doeleman, EHT Director.

Dan Marrone of @UofA says in a few weeks of observing, @ehtelescope project collected approx 1000 disks, 5 petabytes of data, equivalent to "all of the selfies that 40k people will take in their lifetime." #RealBlackHole #ehtblackhole pic.twitter.com/6A0OBNVqBn

"We've exposed a part of our universe we've never seen before... We find this result to be inspiring and we hope that everyone else will also find it as inspiring. To build a telescope that makes this image is the work of many careers. This is the work of a large collaboration: over 200 people in 20 countries and 60 institutes all bound by a common science vision," added Doeleman.

The gravitational pull of black holes lets nothing -- not even particles and electromagnetic radiation such as light -- escape from inside it. This makes imaging a black hole nearly impossible. Blackholes swallow the surrounding gas, which swirls around in a flattened disk, spiralling into it at speeds close to the light. The radiation from this hot whirlpool, however, can be seen.

Earth may not appear as blue in another 80 years: Study