Ganga drying up in summers due to groundwater depletion

"The trend can lead to the disastrous effect on the riverine ecology and lead to food scarcity for 115 million people in the Ganga basin," researcher Bhanja pointed out. 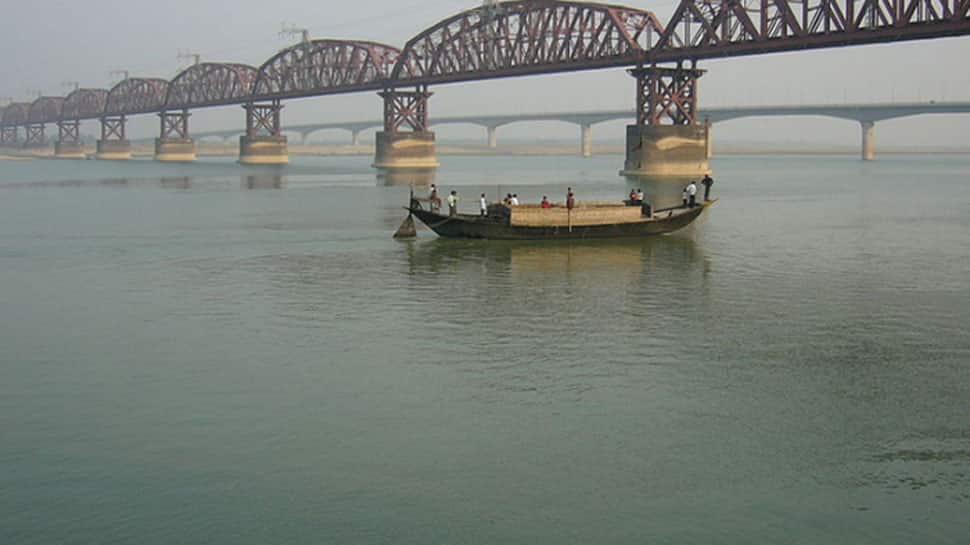 Kolkata: Ganga, the 2600-km-long trans-boundary river of Asia, has witnessed "unprecedented low levels of water in several lower reaches" in the last few summer seasons, a study undertaken by a professor of IIT-Kharagpur has said.

The study, published recently in 'Scientific Reports' magazine by Nature Publishing Group, used a combination of satellite images of groundwater levels of Ganga, numerical simulations and chemical analyses to draw the conclusion, a statement issued by IIT-Kharagpur said on Monday.

Abhijit Mukherjee, associate professor of Geology in IIT-Kharagpur, along with researchers Soumendra Nath Bhanja from Canada and Yoshihide Wada from IIASA Austria, found out that the drying of the river in the recent years during the summer seasons was "possibly related to the groundwater depletion in the Gangetic aquifers", the statement said.

The decline of groundwater inflow (base flow) is also impacting the health of the river, it asserted.

"The present-day base flow to the Ganga from the adjoining aquifers may be a third or more of the total river water volume in pre-monsoon months. The base flow might have dipped by 50 percent from the beginning of the irrigation-pumping phase in the 1970s," the statement said quoting Mukherjee.

In the forthcoming summers, for the next 30 years, groundwater contribution to river Ganga will continue decreasing, it observed.

"The trend can lead to the disastrous effect on the riverine ecology and lead to food scarcity for 115 million people in the Ganga basin," Bhanja pointed out.

The research was carried out under the IIT-KGP Science and Heritage Initiative (SANDHI) Initiative, which focuses on "river systems and its relationship with the settlement system".

The study which is of interest to the hydrology, global change community, and policymakers, can help the general public understand the wider implications of groundwater depletion, Joy Sen, the coordinator of the SANDHI, explained.

Dhrubojyoti Sen, a professor of the Department of Civil Engineering at IIT-Kharagpur, said the research brings out the scientific reasons for the decreased flows of the river Ganga, especially in the lower reaches, said.

"The findings would be extremely helpful in providing quantitative data for future planning of water resources projects in the basin," he added.