The note discusses key facts about the statue, such as who carved it and that it is made from wood. 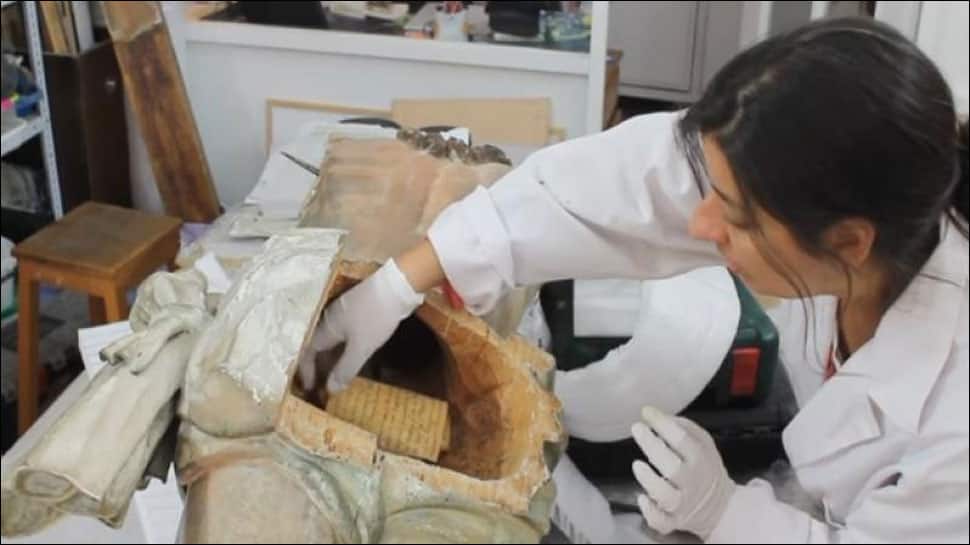 New Delhi: While working on an 18th-century statue of Jesus Christ in the Spanish town of Sotillo de la Ribera, restorers have unearthed a mysterious note hidden inside the statue's backside.

Restorers from the Da Vinci Restauro restoration company were in the process of refurbishing the statue, which resides in the church of Santa Águeda around 180 kilometers from Madrid, when they found the note.

The note consisted of two carefully hand-written pages dating back to 1777 and is signed by Joaquin Minguez, who was the chaplain of the cathedral at Burgo de Osma at the time.

Da Vinci Restauro released a video showing how the secret message was uncovered. Check it out!

The note discusses key facts about the statue, such as who carved it and that it is made from wood. Interestingly it also provides economic, religious, political and cultural information about the area at the time.

“The Court is in Madrid, there is a Mail and Gazette for the news, there is an Inquisition, for which no errors are experienced against the Church of God,” Minguez says.

In the two pages, which are both filled with writing on the front and the back, he also discusses common diseases and people’s favourite forms of entertainment.

Historian Efrén Arroyo told Spanish news agency Efe that the priest meant for the message to be discovered hundreds of years after he penned it and for it to act as a kind of “time capsule.”