The finding, published in the Virology Journal, shows that SARS-CoV-2 can remain infectious on surfaces for long periods of time. 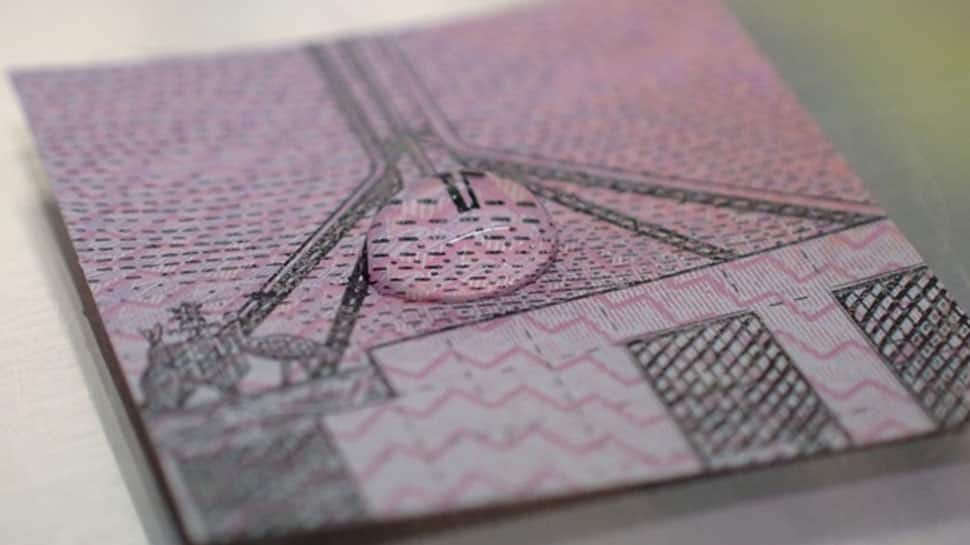 The coronavirus responsible for COVID-19 may survive for up to 28 days on common surfaces including banknotes, glass -- such as that found on smartphone screens -- and stainless steel, according to a laboratory study by Australia's national science agency.

The finding, published in the Virology Journal, shows that SARS-CoV-2 can remain infectious on surfaces for long periods of time, reinforcing the need for good practices such as regular hand washing and cleaning surfaces. Findings from the study appear to show that in a very controlled environment the virus remained infectious for longer than other studies have found.

The research, undertaken at the Australian Centre for Disease Preparedness (ACDP), found that SARS-CoV-2 survived longer at lower temperatures and on non-porous or smooth surfaces such as glass, stainless steel and vinyl, compared to porous complex surfaces such as cotton.

The researchers at CSIRO, Australia's national science agency, also found that the novel coronavirus survived longer on paper banknotes than plastic banknotes. "Establishing how long the virus really remains viable on surfaces enables us to more accurately predict and mitigate its spread, and do a better job of protecting our people," said CSIRO Chief Executive Larry Marshall.

"At 20 degrees Celsius, which is about room temperature, we found that the virus was extremely robust, surviving for 28 days on smooth surfaces such as glass found on mobile phone screens and plastic banknotes," Debbie Eagles, Deputy Director of ACDP added.

For context, similar experiments for Influenza A have found that it survived on surfaces for 17 days, which highlights just how resilient SARS-CoV-2 is, the researchers said. The study involved drying the virus in an artificial mucus on different surfaces, at concentrations similar to those reported in samples from infected patients and then re-isolating the virus over a month.

Further experiments were carried out at 30 and 40 degrees Celsius, with survival times decreasing as the temperature increased. The study was also carried out in the dark, to remove the effect of UV light as research has demonstrated direct sunlight can rapidly inactivate the virus.

"While the precise role of surface transmission, the degree of surface contact and the amount of virus required for infection is yet to be determined, establishing how long this virus remains viable on surfaces is critical for developing risk mitigation strategies in high contact areas," Eagles said.

According to Professor Trevor Drew, Director of ACDP, many viruses remained viable on surfaces outside their host. "How long they can survive and remain infectious depends on the type of virus, quantity, the surface, environmental conditions and how it's deposited -- for example touch vs droplets emitted by coughing," Drew said. "Proteins and fats in body fluids can also significantly increase virus survival times," he said.

The study may also help to explain the apparent persistence and spread of SARS-CoV-2 in cool environments with high lipid or protein contamination, such as meat processing facilities and how we might better address that risk, the researchers said.