Located only about 490 light-years from Earth, HIP 67522 b is about 10 times the diameter of Earth, or close to that of Jupiter. 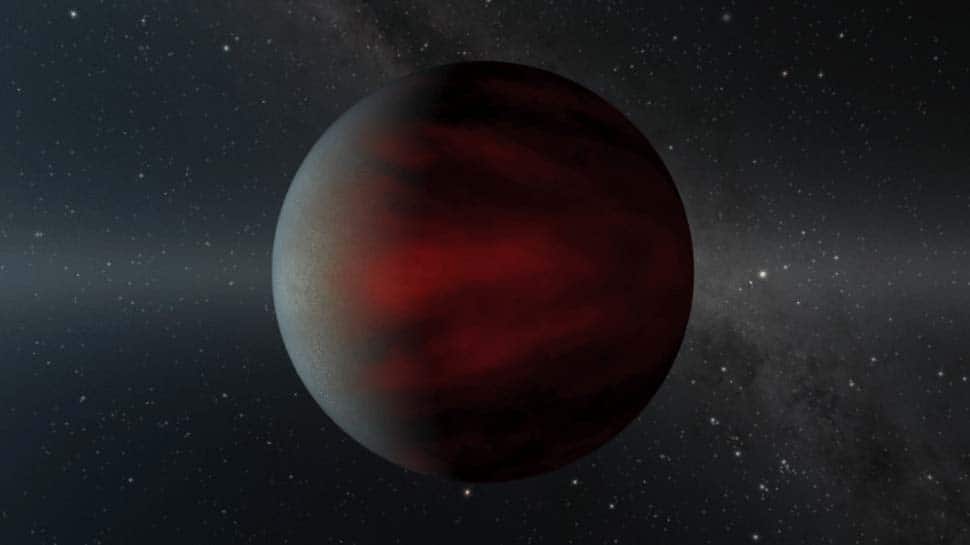 A new study in the Astronomical Journal reports on the detection of the exoplanet HIP 67522 b, which appears to be the youngest hot Jupiter ever found. It orbits a well-studied star that is about 17 million years old, meaning the hot Jupiter is likely only a few million years younger, whereas most known hot Jupiters are more than a billion years old.

The planet takes about seven days to orbit its star, which has a mass similar to the Sun's. Located only about 490 light-years from Earth, HIP 67522 b is about 10 times the diameter of Earth, or close to that of Jupiter. Its size strongly indicates that it is a gas-dominated planet.

The youngest Jupiter-sized planet ever detected orbiting another star is making us question what we know about how planets form. @NASAExoplanets is on the case: https://t.co/CvrrVtcQI8 pic.twitter.com/TZNUUPmv4Y

HIP 67522 b was identified as a planet candidate by NASA's Transiting Exoplanet Survey Satellite (TESS), which detects planets via the transit method: Scientists look for small dips in the brightness of a star, indicating that an orbiting planet has passed between the observer and the star.

But young stars tend to have a lot of dark splotches on their surfaces — starspots, also called sunspots when they appear on the Sun — that can look similar to transiting planets. So scientists used data from NASA's recently retired infrared observatory, the Spitzer Space Telescope, to confirm that the transit signal was from a planet and not a starspot. (Other methods of exoplanet detection have yielded hints at the presence of even younger hot Jupiters, but none have been confirmed.)

For most of human history our understanding of how planets form and evolve was based on the eight (or nine) planets in our solar system. But over the last 25 years, the discovery of more than 4,000 exoplanets, or planets outside our solar system, changed all that.

Among the most intriguing of these distant worlds is a class of exoplanets called hot Jupiters. Similar in size to Jupiter, these gas-dominated planets orbit extremely close to their parent stars, circling them in as few as 18 hours.

We have nothing like this in our own solar system, where the closest planets to the Sun are rocky and orbiting much farther away. The questions about hot Jupiters are as big as the planets themselves: Do they form close to their stars or farther away before migrating inward? And if these giants do migrate, what would that reveal about the history of the planets in our own solar system? To answer those questions, scientists will need to observe many of these hot giants very early in their formation.

The discovery offers hope for finding more young hot Jupiters and learning more about how planets form throughout the universe — even right here at home. "We can learn a lot about our solar system and its history by studying the planets and other things orbiting the Sun," said Aaron Rizzuto, an exoplanet scientist at the University of Texas at Austin who led the study.

"But we will never know how unique or how common our solar system is unless we're out there looking for exoplanets. Exoplanet scientists are finding out how our solar system fits in the bigger picture of planet formation in the universe."

There are three main hypotheses for how hot Jupiters get so close to their parent stars. One is that they simply form there and stay put. But it's hard to imagine planets forming in such an intense environment. Not only would the scorching heat vaporize most materials, but young stars frequently erupt with massive explosions and stellar winds, potentially dispersing any newly emerging planets.

It seems more likely that gas giants develop farther from their parent star, past a boundary called the snow line, where it's cool enough for ice and other solid materials to form. Jupiter-like planets are composed almost entirely of gas, but they contain solid cores. It would be easier for those cores to form past the snow line, where frozen materials could cling together like a growing snowball.

The other two hypotheses assume this is the case, and that hot Jupiters then wander closer to their stars. But what would be the cause and timing of the migration?

One idea posits that hot Jupiters begin their journey early in the planetary system's history while the star is still surrounded by the disk of gas and dust from which both it and the planet formed. In this scenario, the gravity of the disk interacting with the mass of the planet could interrupt the gas giant's orbit and cause it to migrate inward.

The third hypothesis maintains that hot Jupiters get close to their star later, when the gravity of other planets around the star can drive the migration. The fact that HIP 67522 b is already so close to its star so early after its formation indicates that this third hypothesis probably doesn't apply in this case. But one young hot Jupiter isn't enough to settle the debate on how they all form.

"Scientists would like to know if there is a dominant mechanism that forms most hot Jupiters," said Yasuhiro Hasegawa, an astrophysicist specializing in planet formation at NASA's Jet Propulsion Laboratory who was not involved in the study. "In the community right now there is no clear consensus about which formation hypothesis is most important for reproducing the population we have observed. The discovery of this young hot Jupiter is exciting, but it's only a hint at the answer. To solve the mystery, we will need more."