To do away with the water crisis prevailing in the town, the court came out with stringent curbs as local residents posted keep-off-Shimla messages on social media. 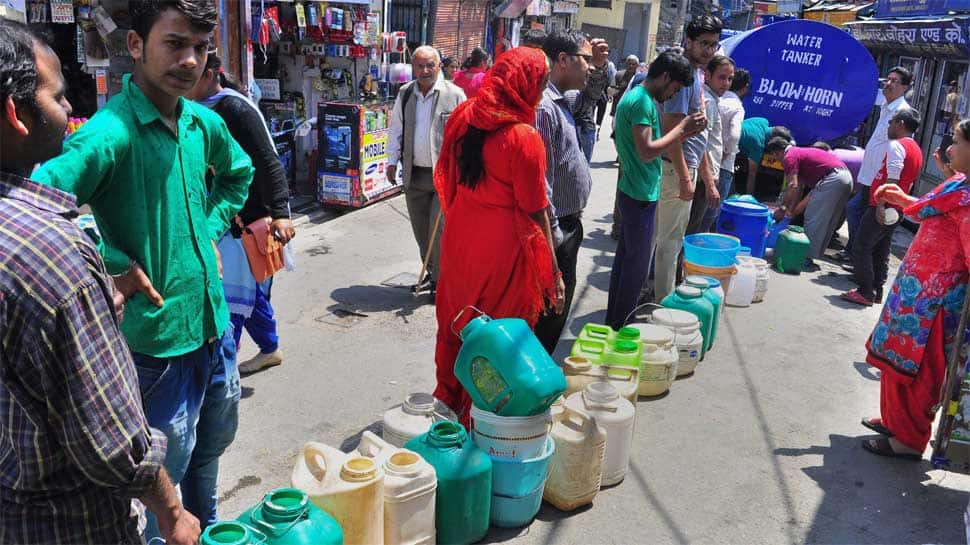 SHIMLA: With a view of saving water, the Himachal Pradesh High Court has recently ordered a halt to construction activity and banned car washing for a week in core areas of the parched state capital.

To do away with the water crisis prevailing in the town, the court came out with stringent curbs as local residents posted keep-off-Shimla messages on social media.

"There is no water for us, please do not come here and select some other destination," one of them said.

The population of Shimla Municipal Corporation area is about 1.72 lakh but it swells by between 90,000 and one lakh during the peak tourist season in summer.

Notably, the requirement of water increases to 45 million litres a day (MLD) during this season.

"The government should issue an advisory to tourists asking them not to come to Shimla till the situation improves as it would cause further inconvenience to water-starved residents," 78-year old Bharaiv Dutt wrote in his post.

No tankers will be allowed to supply water to individuals, particularly if they live in VIP areas, the High Court had added. This includes judges, ministers, bureaucrats, police officers and commercial establishments, the court clarified.

The division bench consisting of Acting Chief Justice Sanjay Karol and Justice Ajay Mohan Goel spared only the governor and the chief minister in its directions.

But some of them are so fed up with complaints from the customers that they have offered a full refund of the advance payment if they choose to cancel.

Some posts cautioned tourists, claiming that restaurants and dhabas were using the water from the city drains for cooking.

A spokesman said the decision to postpone the festival was taken on humanitarian grounds as the local people are facing a water shortage.

The court also asked Shimla authorities to approach the Army so that the water used for the golf course at Annandale can be diverted to tackle the shortage in the city.

The availability of water touched a new low of 18 to 27 MLD this season due to scanty rain and snowfall during the winters and drying up of the perennial water sources.

The Ashwani Khad water supply scheme was closed after an outbreak of jaundice due to contaminated water in 2015, adding to the problem.

The ambitious Koldam water supply scheme, envisaging the lifting of water from Sutlej river is still in the works after six years.

Currently, each zone of the town gets piped water only after a gap of several days.