Himachal Pradesh may get more snowfall

Shimla and nearby tourist spots Kufri and Narkanda experienced more snowfall in the past 24 hours, turning them even more picturesque. 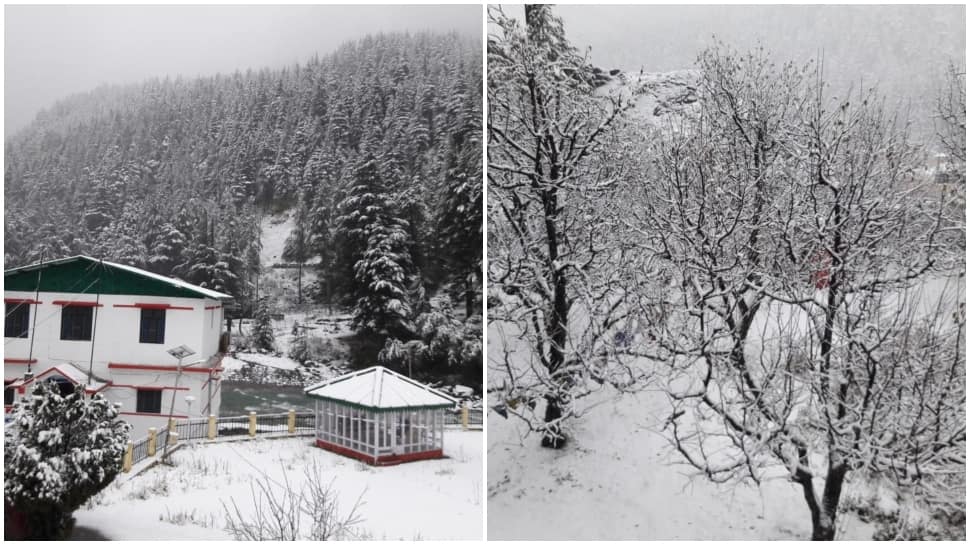 Shimla: Himachal Pradesh, which is still recovering from last week`s snowfall, is likely to get some more snow this week, the weather bureau said on Monday. The Snow and Avalanche Study Establishment (SASE) in Manali has advised people not to venture in avalanche prone slopes that are loaded with snow.

An advisory has been issued for Shimla, Chamba, Lahaul-Spiti, Kullu and Kinnaur districts, a government statement said.

Shimla and nearby tourist spots Kufri and Narkanda experienced more snowfall in the past 24 hours, turning them even more picturesque.

As news of snowfall spread, tourists flocked to Shimla, which is known for its imperial grandeur of its buildings that were once institutions of power when the town served as the summer capital of British India, and its nearby destinations for enjoying snowy landscape.

The capital city saw a low of minus one degree Celsius, recorded mild snowfall, while Kufri and Mashobra recorded moderate snowfall. The snowy landscape in Shimla would stay for two-three days, the official said. Reports said some of the areas in apple belt Jubbal and Kharapathar also experienced snow.

Manali experienced a low of minus 5.3 degrees Celsius, while it was 1.8 degrees in Dharamsala, minus 5.8 degrees in Kufri and minus 1.3 degrees in Dalhousie. The majestic Dhauladhar ranges in the Kangra valley got a fresh blanket of snow cover.

Kalpa, some 250 km from here, and Keylong in Lahaul and Spiti district saw the night temperature at minus 7.6 degrees and minus 17 degrees, respectively. Lower areas of the state like Palampur, Solan, Nahan, Bilaspur, Una, Hamirpur and Mandi towns saw extremely chilly conditions with icy winds.

Priyanka Gandhi visits house in Shimla, may finally have 'griha pravesh' on Diwali