The oath-taking ceremony will take place at 11 am. 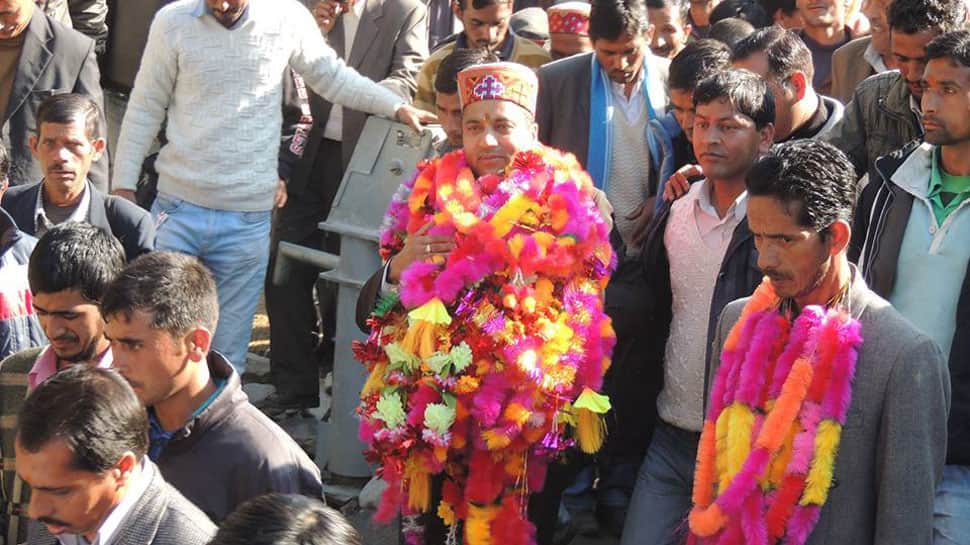 SHIMLA: Jai Ram Thakur is all set to swear-in as the Chief Minister of Himachal Pradesh at the historic Ridge Maidan in Shimla on Wednesday. Prime Minister Narendra Modi, BJP president Amit Shah will also be attending the ceremony.

The oath-taking ceremony will take place at 11 am. Massive security and other arrangements have been made for the function. About 1,000 security men have been deployed.

Thakur was born into a poor agricultural family in Mandi district in 1965. As his family struggled to make ends, Thakur was always encouraged to study. An academically bright student, he pursued MA from Panjab University in Chandigarh.

The 52-year-old is reportedly close to the Rashtriya Swayamsevak Sangh (RSS).

Few cabinet ministers are also likely to take the oath, but their names are yet to be finalised, said Thakur. On Tuesday, Thakur held meetings with senior leaders J P Nadda, Prem Kumar Dhumal and Mangal Pandey, BJP's in-charge for party affairs, to discuss the names of the new ministers.

Modi, who visited Shimla on April 27 and addressed a rally, would also be visiting the hill city after eight months tomorrow.

This is for the fourth time that the swearing-in ceremony is taking place outside Raj Bhawan at the Ridge.

Last week, the BJP won 44 seats in 68-member house of the hill state.