The OSIRIS-REx spacecraft fired its Trajectory Correction Manoeuvre (TCM) thrusters for the first time last week in order to slightly adjust its trajectory on the outbound journey from Earth to Bennu. 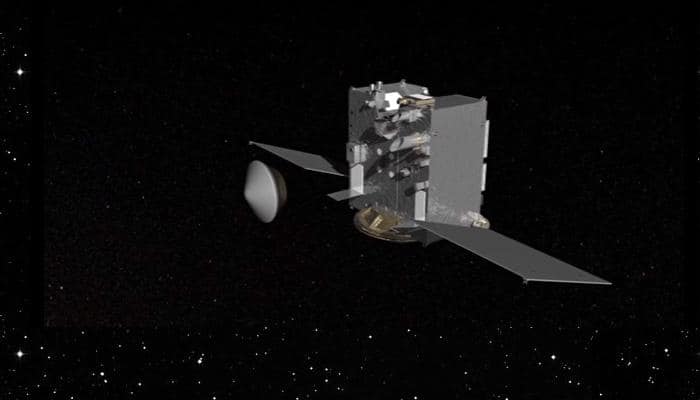 Washington: NASA has successfully manoeuvred its spacecraft on way towards asteroid Bennu, fine-tuning its trajectory to reach and bring back dust samples from the asteroid that may impact Earth in the future.

The OSIRIS-REx spacecraft fired its Trajectory Correction Manoeuvre (TCM) thrusters for the first time last week in order to slightly adjust its trajectory on the outbound journey from Earth to Bennu.

The mission will travel for two years on a journey to Bennu, a near-Earth asteroid about the size of a small mountain. The spacecraft's main goal is to gather dirt and debris from the surface of the asteroid and return it to Earth by 2023 for further study.

Research has predicted a series of eight potential Earth impacts by Bennu between 2169 and 2199. The spacecraft's planned first Trajectory Correction

Manoeuvre (TCM-1) lasted for about 12 seconds. The manoeuvre changed the velocity of the spacecraft by 50 centimetres per second and used about 0.5 kilogramme of fuel.

The spacecraft is currently about 14.5 million kilometres from Earth. TCM-1 was originally included in the spacecraft's flight plan to fine-tune its trajectory if needed after the mission's launch last month. The launch performance was so accurate, however, that the spacecraft's orbit had no practical need for correction. Instead, the OSIRIS-REx mission team used the manoeuvre to test the TCM thrusters and as practice to prepare for a much larger propulsive manoeuvre scheduled in December.

The mission had allocated about 11 kilograms of propellant for TCM-1 to create a velocity change of up to 11.6 meters per second, had it been necessary. The unused propellant from this event provides more fuel margin for the spacecraft's asteroid proximity operations once OSIRIS-REx arrives at Bennu.

The OSIRIS-REx spacecraft has four different kinds of thrusters hence providing considerable redundancy in its ability to manoeuvre on its way to the surface of Bennu and back. OSIRIS-REx had began using its Attitude Control System (ACS).

Thrusters were fired shortly after launch to keep the spacecraft oriented, so that its solar arrays point towards the Sun and its communication antennas point towards Earth.